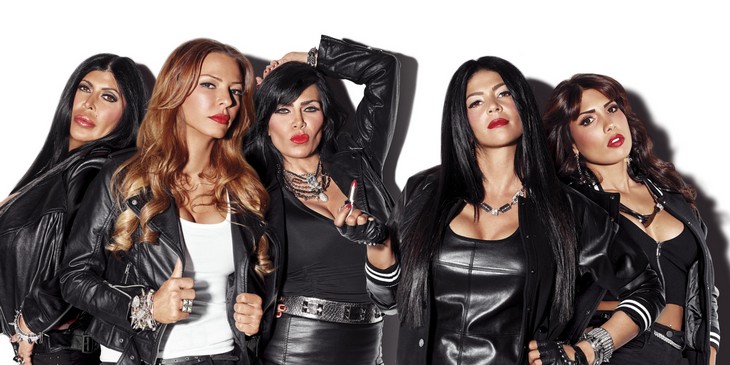 Mob Wives spoilers are rolling in for Season 6 of the popular VH1 reality TV show, and there will be some major cast changes! Fan favorites Drita D’Avanzo, Renee Graziano, Karen Gravano, and Big Ang are all currently filming the next season of Mob Wives. It is unclear if Philly’s Mob Wife Natalie Guercio is or is not returning for Season 6. Some rumors indicate that she has been axed entirely from the show, and other reports insist that she was spotted with VH1 cameras in tow.

According to Mob Wives season 6 spoilers and cast news, Carla Facciolo will be back this season as a regular cast member and she was spotted filming scenes with the other girls in the Hamptons. Rumor has it that VH1 has added two new Mob Wives to the cast: Brittany Fogarty and Marissa Jade. Brittany actually isn’t the first woman in her family to appear on a reality TV show, her mother previously starred on the docu-series “I Married A Mobster.”

Mob Wives Season 6 spoilers tease that it will be packed full of drama, and fans of the VH1 reality TV show won’t want to miss a single second of the action. Are you happy to have Carla back full time? Will the show be better without Natalie? Let us know what you think in the comments below!