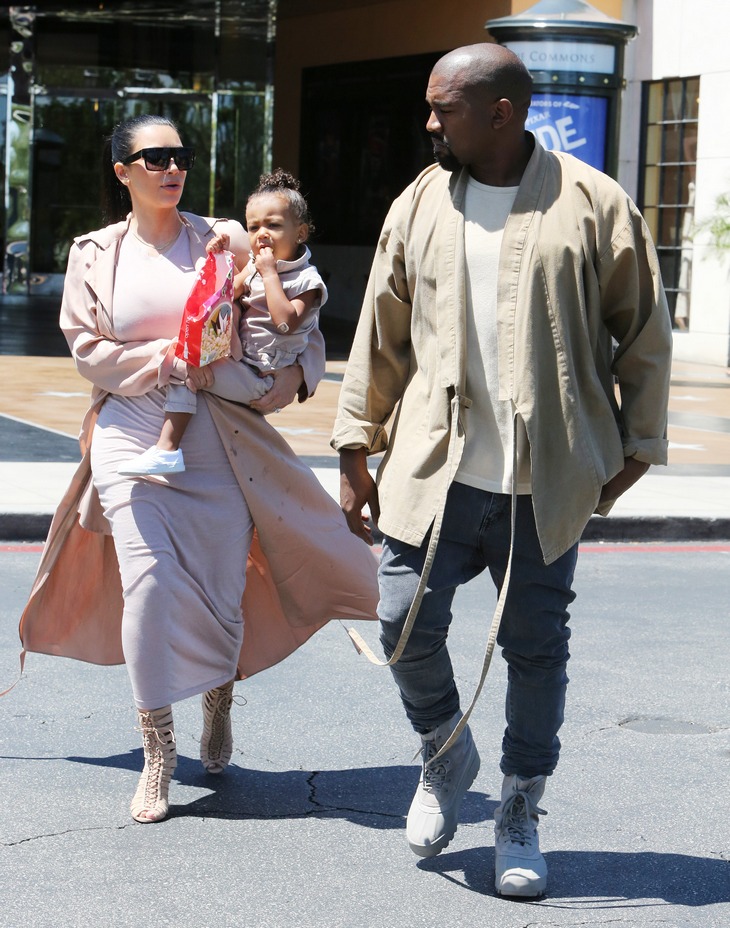 Is Kanye West cheating on his pregnant wife Kim Kardashian with her nemesis and his ex-girlfriend Amber Rose? Well, Kim seems to think so – and it isn’t all her hormones talking, she found proof that her husband is up to no good. The lengthy feud between Amber Rose and the Kardashians has been ongoing since 2012 when Amber accused Kim of being a home-wrecker and sleeping with West when she and Kanye were still dating. Since then Amber and the Kardashians have been throwing never-ending shade at each other.

Earlier this year Kim Kardashian nearly had a meltdown because Kanye and Amber Rose were at the same party – although Kanye insisted he has no idea his ex-girlfriend would be there and it was completely innocent. Since then Kim has been on high alert – and according to a new report Kim caught Kanye West looking at nude pictures on his computer of Rose!

This week’s edition of Closer Magazine reveals, “Kim found Kanye looking at Amber’s Instagram page and went ballistic. It’s really damaged her confidence. He told her she was being ridiculous. She then went to his computer and found he still had old intimate pics and videos from their relationship. Kim was sobbing and confronted Kanye, telling him he had betrayed her, but he reassured her none of it was a big deal.

If Kanye West is “so over” Amber Rose then why is he clocking her on Instagram and saving nude pictures of her on his computer? Especially since they haven’t been together in over 3 years. Kim is always an emotional wreck and insecure mess when she is pregnant – but this is definitely cause for concern. Do you think Kanye is still hooking up with Amber? Is he cheating on his pregnant wife? Let us know what you think in the comments below!