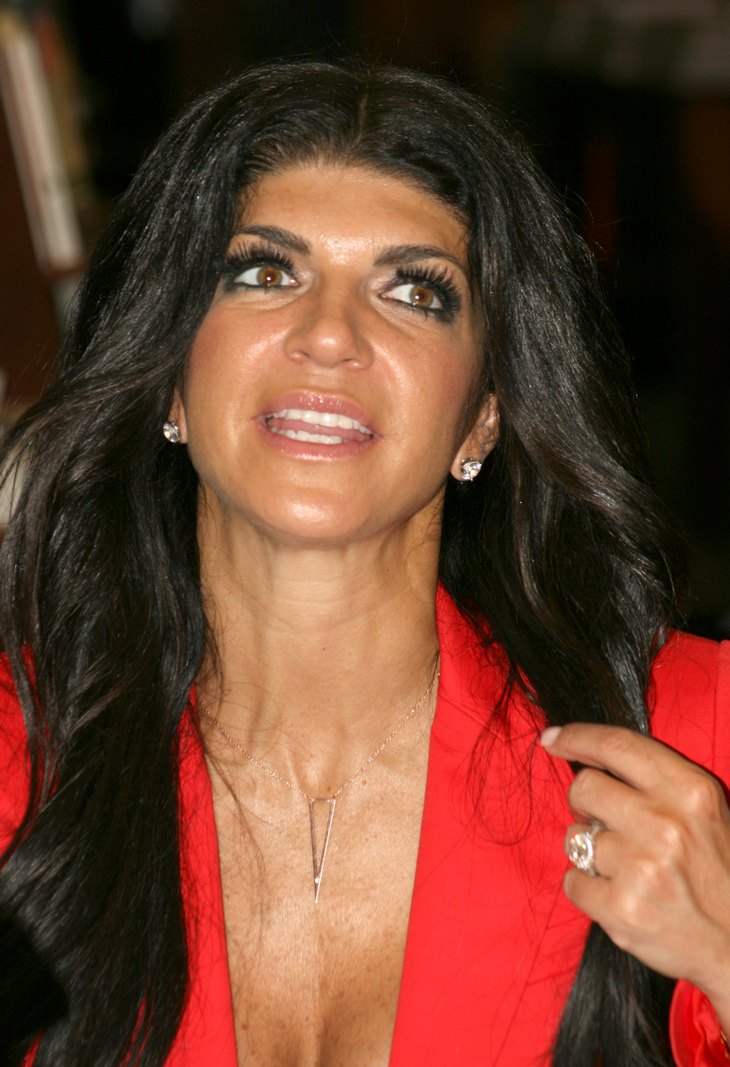 Teresa Giudice is returning to Bravo’ Real Housewives of New Jersey, as soon as she done with her prison stint in Danbury, Connecticut. The RHONJ casting news recently hit the internet, and it was revealed that Teresa signed a $1 Million contract to return to the reality TV show that put her family on the map. Obviously the Giudice Family was thrilled, seeing as how they still owe hundreds of thousands of dollars in debt and tax fraud – but Teresa’s fellow housewives are absolutely livid and reportedly freaking out.

According to various reports, Teresa Giudice’s Real Housewives of New Jersey contract has caused some major drama for Bravo – and now all of the other housewives are threatening to walk because they think it in unfair she is being paid $1 Million. Melissa Gorga, Dina Manzo, and Jacqueline Laurita are arguing that Bravo is basically rewarding Teresa Giudice for being a convicted felon by paying her more. Melissa, Dina, and Jacqueline haven’t broken the law – why should they get paid less because they didn’t have to go to prison?

Obviously the other housewives have a valid point, but that’s not how Hollywood works. Besides, Real Housewives of New Jersey’s ratings haven’t exactly been stellar over the course of the last few years – and Bravo couldn’t afford to pay every housewife $1 Million if they wanted to. The bottom line is, Bravo thinks that Teresa GIudice will bring in a bigger audience because of her prison stint and tax fraud drama. Here’s to hoping they are correct and their plan doesn’t backfire. A lot of RHONJ fans were disgusted with Teresa’s felony charges and bank fraud – having her back on Real Housewives of New Jersey could actually cause a lot of people to not watch the show rather than entice them to tune in.

What do you guys think? Will Teresa GIudice hurt or help RHONJ’s ratings? Is it unfair that she is being paid so much more than the other housewives? Let us know what you think in the comments below!