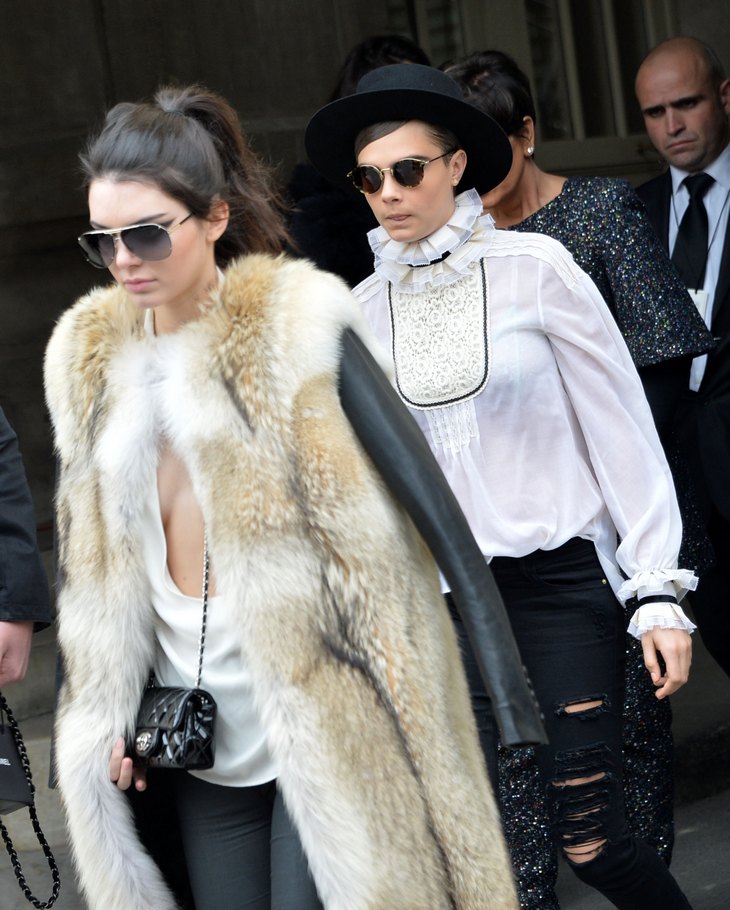 Is Kendall Jenner quitting Keeping Up With The Kardashians and starring in her own reality TV show with model BFF Cara Delevingne? Kendall Jenner has done everything in her power to distance herself as far as humanly possible from her trashy reality TV family – and has built a pretty impressive career as a fashion model. According to a new report, Kendall has even landed her own reality TV show with her BFF and fellow model Cara Delevingne, and her KUWTK days are over!

According to an all new report from Life & Style Magazine, “It has been pitched as “The Simple Life” [the old Paris Hilton and Nicole Richie reality show] for a new generation, except with two of the world’s most popular supermodels. They would be giving the cameras an all-access pass to their fabulous lifestyles, from who they are dating to their careers. Cara is known for getting in to trouble, which would make for great TV!”

Kendall Jenner and Cara Delevingne’s relationship has been in the spotlight for almost a year now – and rumors that they are more than “just friends” seem to constantly follow the two young women. Kendall and Cara starring in their own reality TV show would be a ratings goldmine for any network – especially if the show brushed on their alleged romantic connection. The thing is, Kendall has been trying to hard to prove that she is much more than just a reality TV star.

Wouldn’t starring on another reality TV show defeat the purpose of all of the work she has done to distance herself from the Kardashians? Would you tune in to the Kendall and Cara show? Let us know what you think in the comments below!