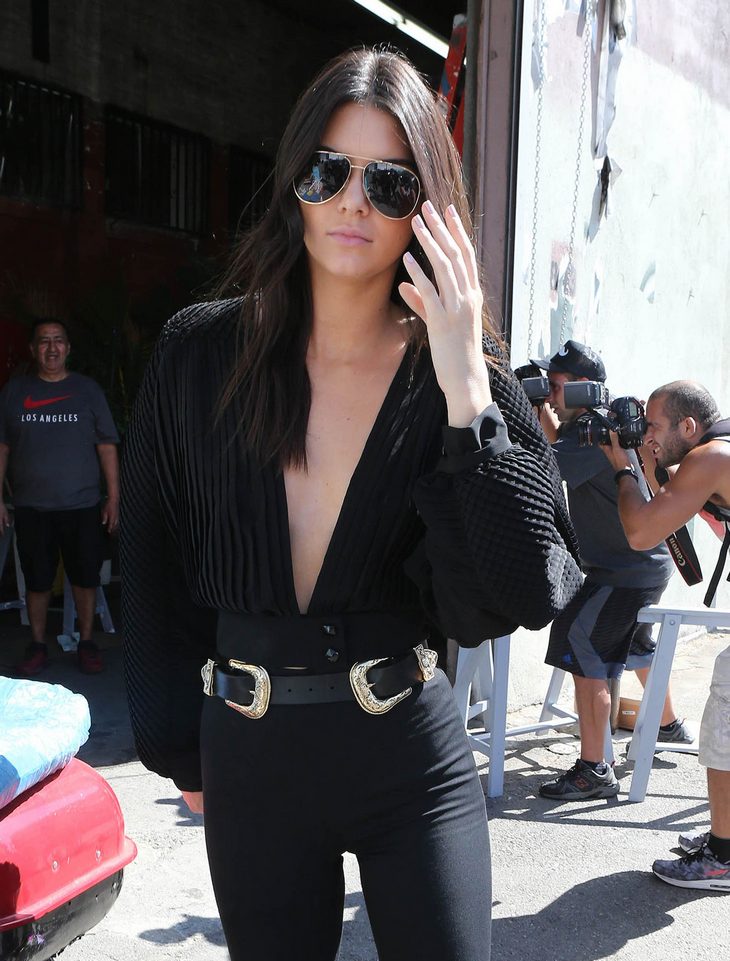 Kendall Jenner and Nick Jonas could be dating any day now, thanks to her model BFF Gigi Hadid and Nick’s brother Joe Jonas. Gigi and Joe began dating this summer, just a few days after Gigi’s split from Cody Simpson – and they seem to be madly in love with each other. While Gigi hops from relationship to relationship, her bestie Kendall Jenner has been prolifically single since 2012, and everyone is beginning to wonder if she even likes guys anymore. Rumor has it she may have her eyes on supermodel, Cara Delevingne.

Gigi has decided to intervene and play matchmaker – and find a boyfriend for Kendall, since she still hasn’t found one herself. Nick Jonas confessed in a recent interview that Gigi and his brother Joe Jonas have been playing matchmakers, and desperately trying to hook him up with Kendall Jenner. Nick dished, “Joe has mentioned that a few times and so has Gigi. We’ll see, I don’t know. We’ll play it by ear. I wouldn’t be opposed to it.”

Nick and Kendall have actually been rumored to be hooking up in the past, they were spotted canoodling backstage at a fashion show – but nothing ever seemed to come to fruition between the two celebs. Gigi Hadid could be on to something though, Kendall and Nick Jonas have “power couple” written all over themselves.

Between his hot new music, and her modeling gigs – they could take the media by storm. Do you think that Kendall and Nick Jonas would make a cute couple? Or will Kendall turn him down because she is still hung up on Cara? Let us know what you think in the comments below!