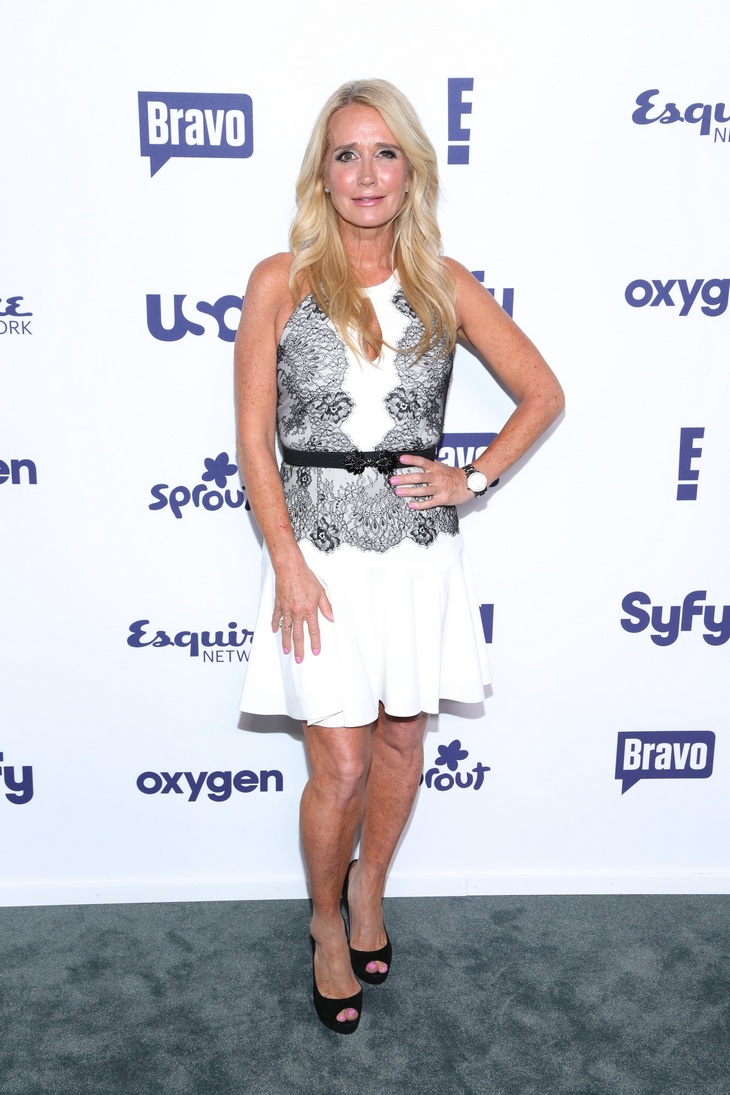 Well, this is embarrassing. As if getting arrested in Beverly Hills for being drunk and disorderly, ditching rehab, and getting fired from Real Housewives of Beverly Hills wasn’t mortifying enough – Kim Richards was arrested on Sunday August 2nd, for shoplifting at Target. According to the police report the former RHOBH star tried to walk out of Target with a shopping cart full of over $600 worth of toys without paying for them, citizens held her at the store until police arrived at the scene and arrested her. Richards spent the night in jail and was bailed out the next morning.

Kim’s ex-husband Monty quickly jumped to her defense and in an exclusive interview with Entertainment Tonight he insisted it was all a misunderstanding, and that “drugs and alcohol were not involved.” Seriously? If it was all just a misunderstanding then why did the police arrest her and throw her in jail over night? Generally when police arrive on the scene at a crime like shoplifting, they conduct a small investigation, maybe check out the security cameras and talk to a few witnesses before they slap the cuffs on someone and drag them away to jail.

Considering Kim Richards’ track record as of late – we would honestly be shocked if she wasn’t drunk during the incident. What other logical explanation could she have for forgetting to pay for an entire cart full of merchandise?

Or maybe she literally couldn’t afford to pay, boozing with no job could get pretty expensive after a while? What do you guys think? Was it all innocent, or has Kim Richards just reached a new low? Hare your thoughts in the comments below!