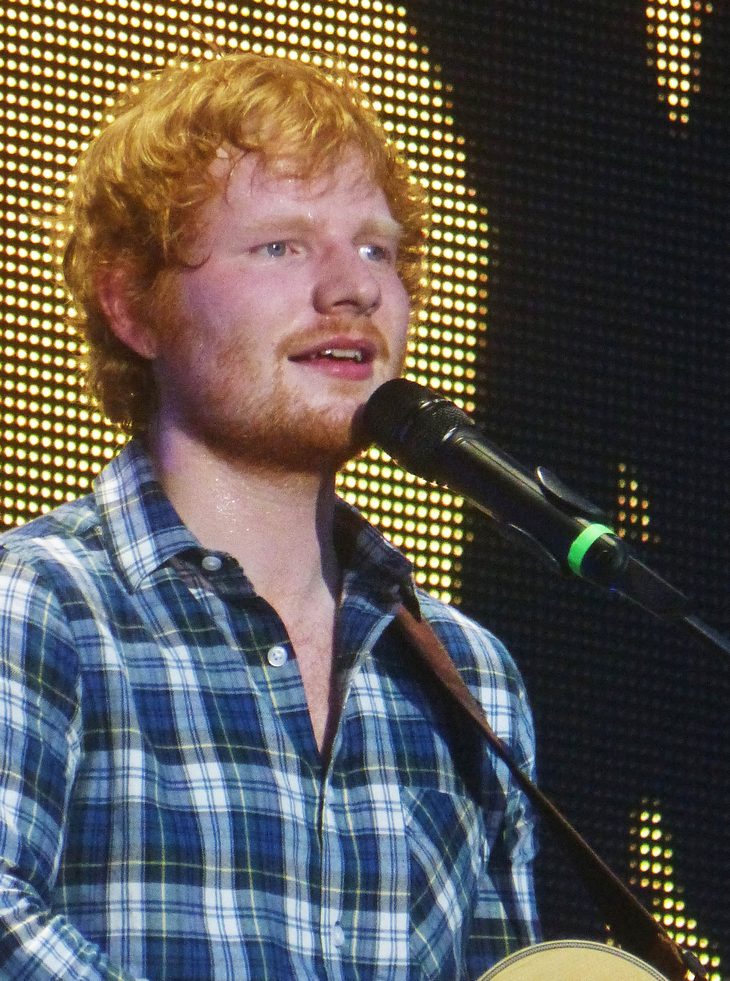 Is Ed Sheeran dating a Pussycat Doll!? Ed Sheeran is always rumored to be dating some celeb or another, but the latest gossip from the rumor mill is that the 24-year-old pop star is hooking up with 37-year-old Nicole Scherzinger.

Nicole recently broke up with her longtime boyfriend Lewis Hamilton, and apparently found comfort in Ed Sheeran – the two have grown extremely close over the course of the past month, and on July 27 Nicole even dedicated a song to him while on stage for a performance. Also, earlier in July Nicole shared a photo on Instagram of herself and Ed hanging out.

So, are Nicole Scherzinger and Ed Sheeran dating? According to one of The Sun’s inside sources, YES! An insider dished to the internet tabloid, “They were showbiz friends who saw each other on the scene. She was drawn to him over the last few months through his music. When she split from Lewis, she was heartbroken but ended up playing Ed’s songs on a loop. They’re extremely close. Nicole says he is the male version of her.”

Nicole and Ed are probably the most random couple ever, but hey maybe the fact that they are pretty much polar opposites could be a good thing. To be honest, we’re just impressed that Ed was able to reel in one of the sexiest singers in Hollywood. Sure, his music is amazing, but he has always been a bit nerdy and awkward. On the down side, this apparently means that Ed Sheeran and Selena Gomez are not going to happen, and their fling was over just as quickly as it began. What do you think about Ed Sheeran and Nicole Scherzinger dating? Let us know in the comments below!