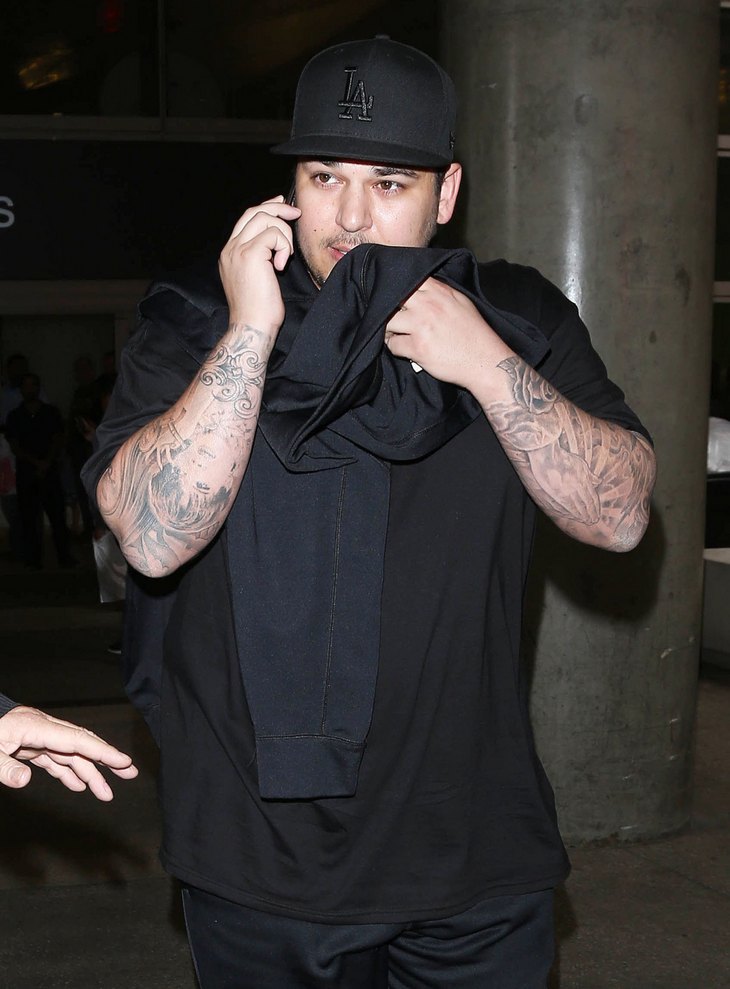 We are becoming huge fans of Rob Kardashian. The former Keeping Up With The Kardashians star absolutely despises his momager Kris Jenner and fame-hungry sisters. Who could really blame him? This week Kylie Jenner’s 18th birthday was practically a national holiday – not only did her big bro Rob skip the star-studded party in West Hollywood where his entire family was in attendance, but he threw some shade at his little sister on Instagram to boot!

Rob Kardashian is nowhere near the social media maven that his sisters is. His official Instagram account only contains three pictures, and two of them he posted on Kylie Jenner’s 18th birthday, while she was partying with her boyfriend Tyga and some close friends and family. Unlike every other single member of the Kardashian and Jenner Families, Rob did NOT wish his little sister a Happy Birthday on the big day, instead he paid tribute to Miami Vice and Paul Newman’s face on a bottle of salad dressing.

While Kylie was at her milestone birthday party and finally celebrating becoming a legal adult – Rob Kardashian was at home posting a tribute to Miami Vice on Instagram, followed by a picture of Paul Newman on a bottle of salad dressing which he captioned “Rest In Peace.” Over the past year the Kardashians have slammed Rob in interviews, claimed he needed an intervention, and even hinted that he had some mental health issues. If you ask us, Rob Kardashian is actually the sanest member of the whole family.

Do you think Rob needs help? Or are the Kardashians just trying to discredit him because they know it is only a matter of time before he exposes their family for what they really are? Was it immature of him not to acknowledge Kylie’s birthday? Let us know what you think in the comments below!