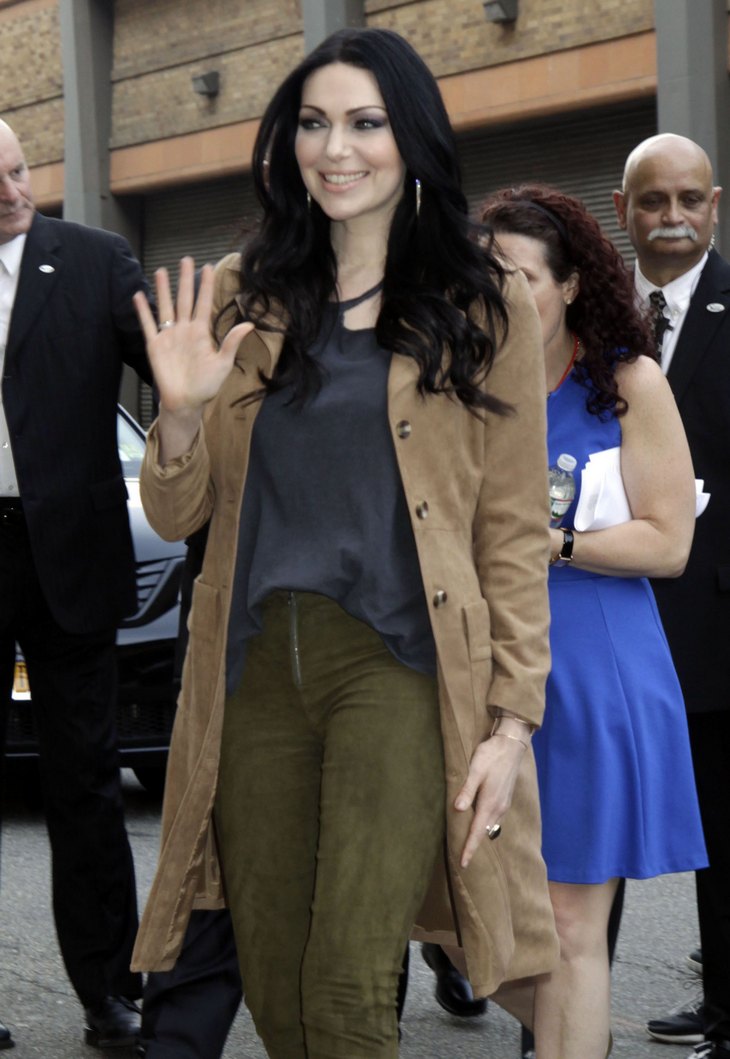 Orange Is The New Black spoilers tease that Season 4 will make its debut on Netflix in June 2016. OITNB fans have been in a frenzy since the Season 3 finale, and dying to know if Alex Vause is going to get killed off the popular TV show. The finale ended with an intense cliffhanger – Alex standing I the greenhouse with a gun to her head while the rest of the inmates swam in the lake, completely unaware that she was one trigger squeeze away from meeting her maker.

As soon as the Season 3 finale was available to watch on Netflix, the Orange Is The New Black rumor mill went in to over drive. Word on the internet is that fan favorite Laura Prepon was leaving the show – and her character was going to be shot and killed. But, Alex and Piper shippers can breathe a sigh of relief, because new Season 4 spoilers indicate that Alex Vause will still be a very important character in upcoming episodes – and it doesn’t look like she is going anywhere.

The cast of Orange Is The New Black has already begun doing interviews and promoting the all new season – even though it won’t be available for binge-watching for nearly a year. In a recent interview with TV Guide Prepon discussed what Season 4 had in store for Alex Vause. Obviously she couldn’t come right out and spill all the beans. But, it definitely doesn’t sound like Alex is getting killed off. Prepon dished, “Alex was justified in her paranoia. I think that empowers her. In Season 4, we definitely don’t see a timid side of Alex.”

So OITNB fans, if Alex doesn’t die – who do you think saves her? Share your thoughts and theories in the comments below!