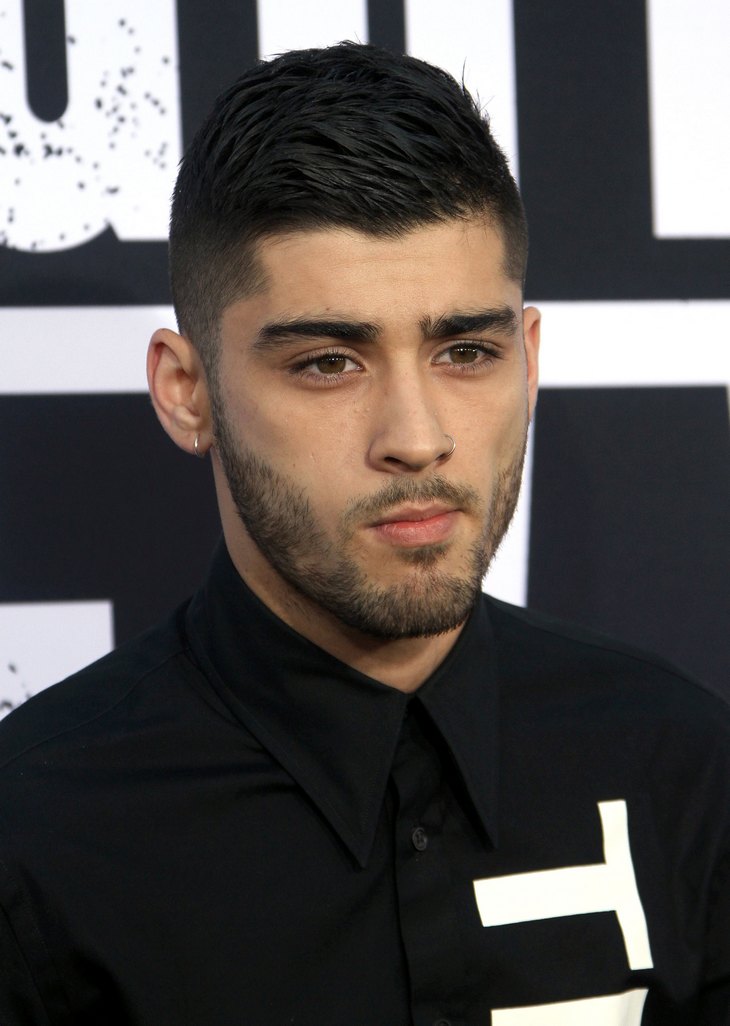 Ex One Direction singer Zayn Malik is kind of a jerk. It was revealed a few weeks ago that Zayn Malik and his longtime girlfriend and fiancée Perrie Edwards had broken up. As the details started spilling out, multiple reports exposed Zayn Malik – and it became public knowledge that he had dumped his girlfriend via text message. Ouch! As if that wasn’t cold enough, after their break-up Zayn began publicly hitting on any celebs with a pulse – and has already been linked to Zendaya, Selena Gomez, and Kendall and Kylie Jenner.

During the 2015 Teen Choice Awards Zayn Malik took it one step further and actually dissed Perrie Edwards on Twitter while she was performing live with her band Little Mix. Shady Music Facts posted a photo of Little Mix and their rival band Fifth Harmony – they asked their followers to “Retweet For Fifth Harmony and Favorite For Little Mix.” Being the totally non-supportive ex-boyfriend that Zayn Malik is, he actually voted for Fifth Harmony and retweeted the picture!

It is still unclear what exactly lead to Zayn and Perrie’ break-up, but it is pretty obvious that they did not part amicably and there is some serious bad blood between them. One Direction fans have some pretty wild theories about what they think Perrie did to deserve all of this shade that Zayn Malik has been throwing her way. Regardless of what Perrie did or didn’t do while she was with Zayn Malik, he is starting to act like a total jerk. Do you think that Zayn has gone a little too far? Was his Twitter diss a low blow? Let us know what you think in the comments below!