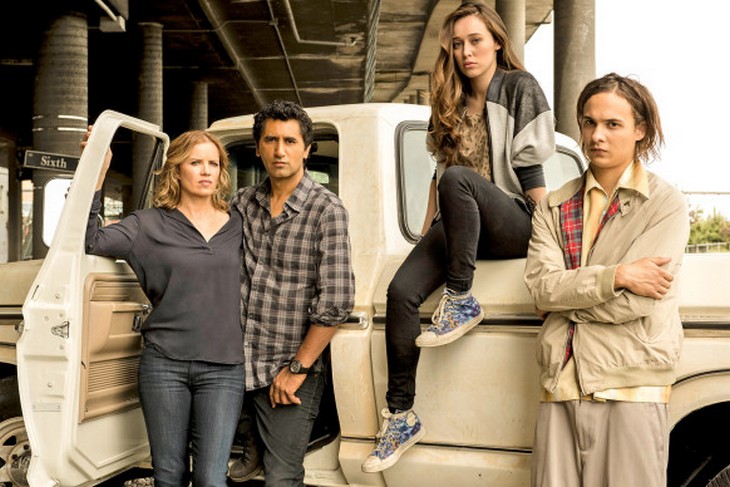 Fear The Walking Dead released a spoiler video on their official AMC Facebook page – and shared the first 3 minutes of Episode 1 with “The Walking Dead” fans. And, it looks like it is going to be as amazing as we thought it would be. The spin-off is set to take place in Los Angeles, California. In the Episode 1 spoiler video, Nick Clark (Frank Dillane) wakes up in some sort of abandoned church turned drug den – and he can’t find his girlfriend Gloria. Frank stumbles through the creepy old church, high as hell, and follows a trail of blood downstairs in to the basement – where he finds his girlfriend, Gloria, eating someone.

“Fear The Walking Dead” looks amazing so far! And, they have a star-studded cast to boot. The AMC spin-off’s cast includes some big names like: Frank Dillane, Elizabeth Rodriguez, Cliff Curtis, and Alicia Debnam-Carey. And yes, Frank Dillane is the same Frank Dillane that starred in Harry Potter! You may also recognize Elizabeth Rodriguez from our favorite Netflix series, “Orange Is The New Black.”

So, are you as excited as we are for “Fear The Walking Dead?” Let us know what you think about the AMC spin-off in the comments below!