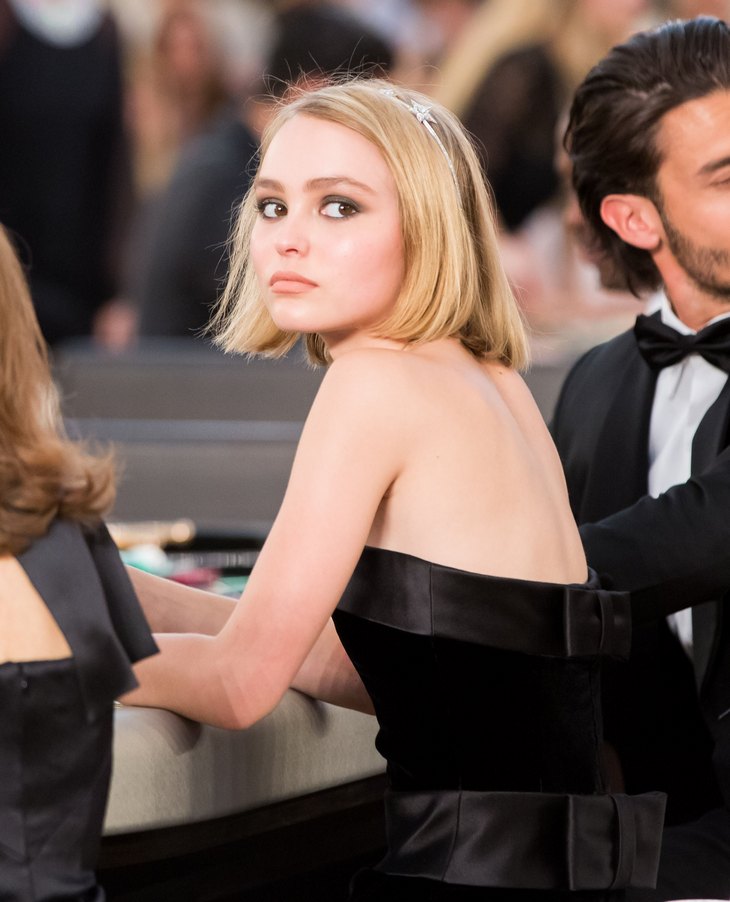 Johnny Depp and Amber Paradis’s 16-year-old daughter, Lily-Rose, has been working hard to get out from underneath her famous parents’ shadows and make a name for herself in the modeling and acting world. This week Lily-Rose made headlines, not for her amazing photos or talented acting – but because of her sexuality. Lily-Rose came out of the closet and confirmed in a national LGBT campaign that she is bi-sexual.

Lily Depp posed for a photo shoot for the LGBT campaign, Self Evident’s Truth Project. The mission of the campaign is to raise awareness for the LGBT community, and capture photographs of 10,000 people who do not “identify as 100% straight.” The media is assuming that Lily-Rose is bisexual, although she didn’t exactly clarify, so there is a chance she is not interested in guys at all and could be a lesbian. Lily actually isn’t the first model to pose for the Self Evident’s Truth Project, Cara Delevingne did earlier this year.

Ironically, Lily-Rose’s step-mother Amber Heard is also openly bisexual, and has publicly dated women in the past. Even more interesting, the mastermind behind the Self Evident’s Truth Project is iO Tillett-Wright, a former romantic interest of Amber’s. Despite the fact that Amber was rumored to be cheating on Johnny with iO, Lily-Rose is very close with her. iO tweeted this message about Lily-Rose’s photo spread: “’I’m so proud of my baby girl @lilyrose_depp. She decided she wanted to be in @selfevidentproject because she falls somewhere on the vast spectrum, and I couldn’t be happier to welcome her to the family. She’s a tiny gem of a good human. #prouduncle #weareyou.”

Are you shocked by Lily-Rose coming out? How do you think her father feels about her being so close to the same women that his wife was supposedly cheating on him with? Let us know what you think in the comments below!