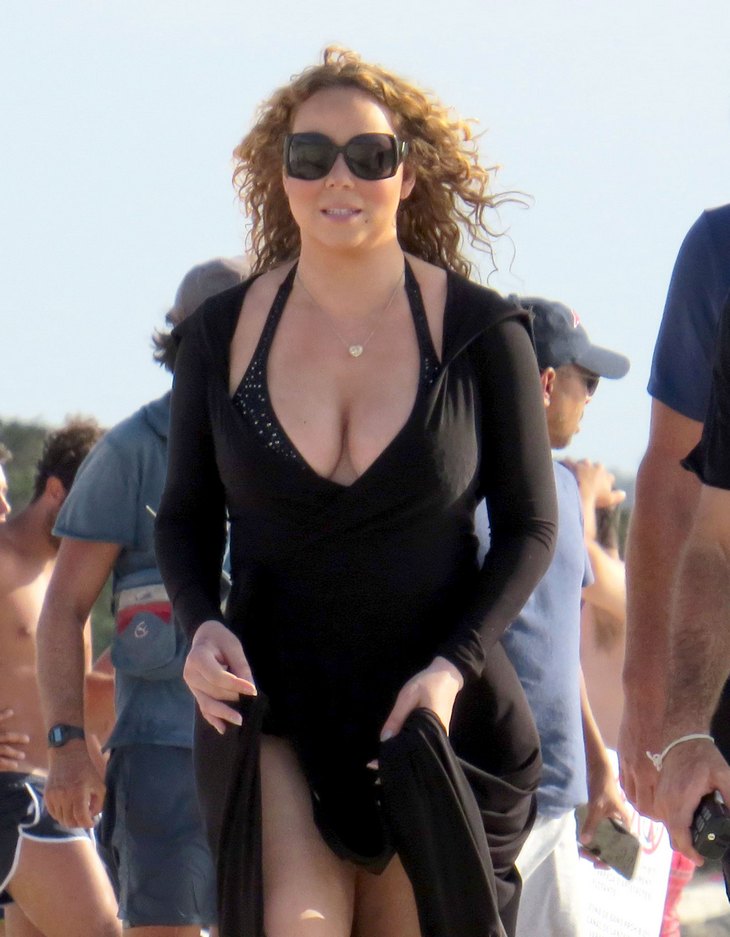 Mariah Carey is reportedly pregnant with her billionaire boyfriend James Packer’s baby – and she is still legally married to Nick Cannon. In Mariah and James’s defense, they have been rumored to be planning on eloping and getting married for weeks now, but Mariah’s divorce from Nick Cannon is taking much longer than anticipated to be finalized. According to a new report from Daily Mail, the 45-year-old singer is pregnant with her third baby, her first two being of course twins Monroe and Morocco – whom she shares with Nick Cannon.

According to Daily Mail’s insider sources, “Mariah found out the baby news recently and they’re overjoyed at the prospect of being parents.” Mariah’s rapidly growing relationship with James Packer has raised some red flags for her close friends and family – and general consensus is that James and Mariah are moving WAY too fast. Mariah was jetting off to other countries with her twins in tow to spend luxurious getaways with her new beau after knowing him just a few short weeks.

The rumor mill has been teasing that Nick Cannon is stalling the divorce proceedings because he was afraid that Mariah would do something crazy like run off and marry her new boyfriend, who has a violent past. He may have been able to prevent Mariah and James from eloping, but no amount of stalling would have been able to stop Mariah from getting pregnant with her billionaire boyfriend’s baby.

Are you shocked by Mariah Carey’s baby news? How do you think getting pregnant again will effect her career? Do you see her and James’s relationship lasting, will they really get married? Let us know what you think in the comments below!