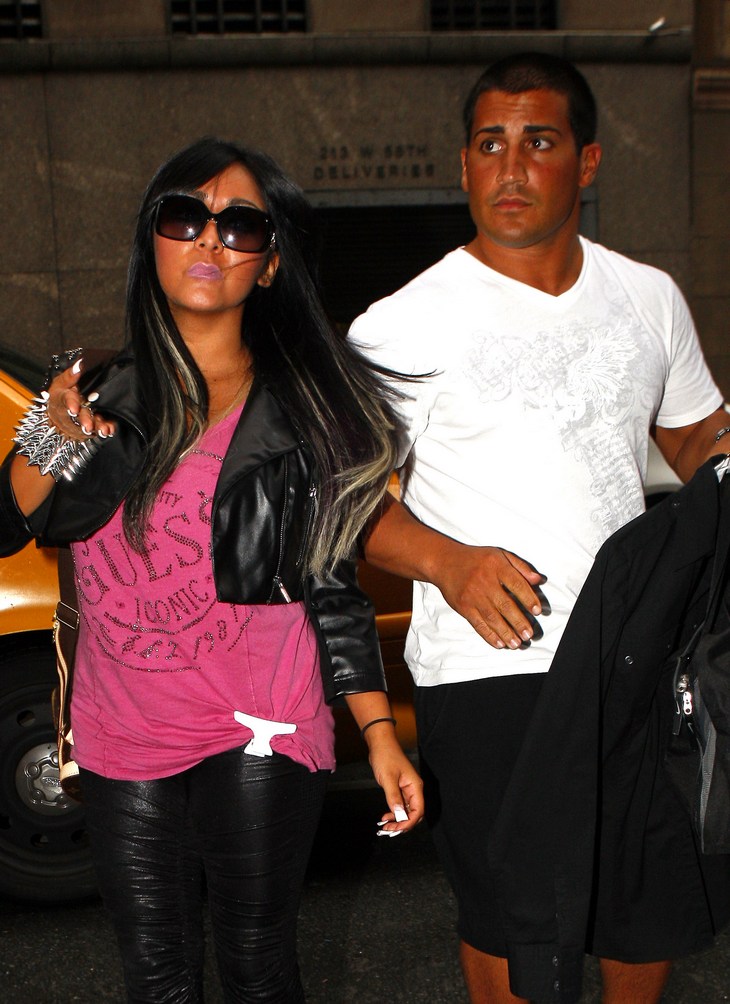 Is Jionni LaValle cheating on Snooki with women he met on the dating website Ashley Madison? The Ashley Madison website hacking has caused some major drama this month. The website was created for married men and women to find someone to cheat on their spouse with, and it was recently hacked and all of the user’s personal info has been released. Obviously, the last thing people want is for their husbands and wives to know that they were cruising around the internet looking for someone to have an affair with.

Some major names have been on the list of users – including even 19 Kids And Counting star Josh Duggar. According to a new report, Josh Duggar was not the only married reality TV star on Ashley Madison looking for a mistress, so was Jersey Shore star Snooki’s hubby Jionni LaValle. This actually isn’t the first time that Jionni has been rumored to be cheating on Snooki – and considering past cheating rumors, no one is really shocked that he had an account on Ashley Madison.

Snooki is standing by her man though, and insisting he would never cheat on her. Either she is completely delusional, or Jionni is being framed and someone created an account on Ashley Madison with his email address behind his back. Yeah, we’re more apt to believe the first theory. Ironically the Ashley Madison hacking is actually destroying more marriages than the affairs that they helped orchestrate. Toronto officials are actually investigating the incident, and it has reportedly been the cause of two suicides thus far.

Have you been following the Ashley Madison hacking? Do you think that Jionni actually used the website to cheat on Snooki? Let us know what you think in the comments below!