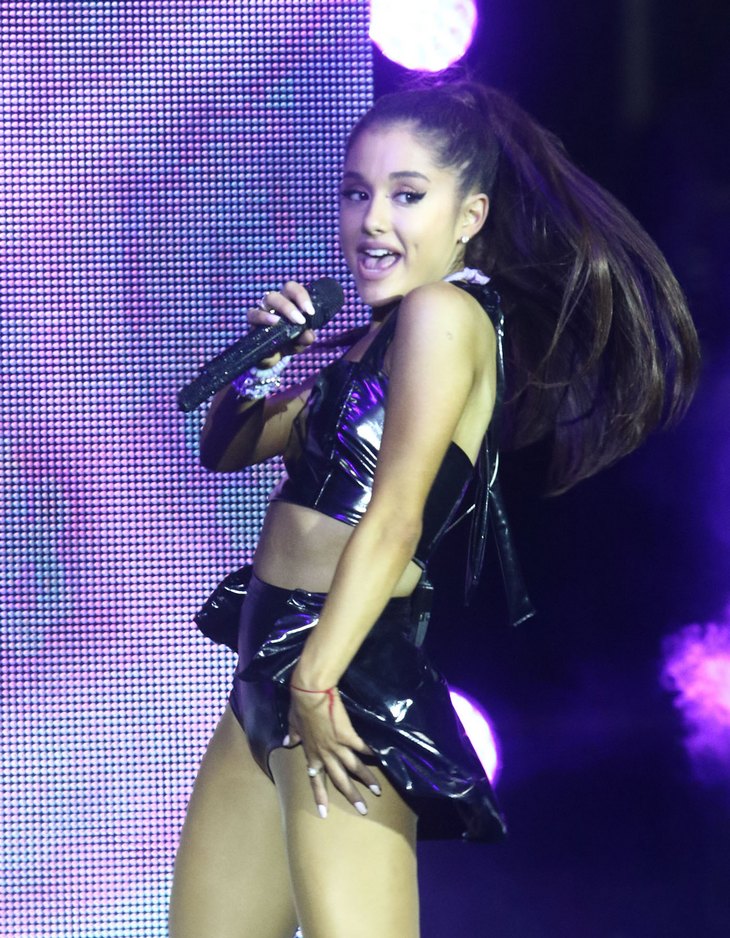 Ariana Grande is going bald! Apparently, that huge super silky trademark ponytail is not real…gasp! Oh, the scandal. Ariana has actually confessed that her hair wasn’t exactly au natural, and in an interview made a statement recently comparing her hair extensions to those of drag queens. The pint-sized pop-singer dished, “It looks absolutely ratchet and absurd when I let it down. It’s difficult to have to wear more fake hair than every drag queen on Earth combined.”

According to one of OK! Magazine’s inside sources on the set of Ariana’s new TV show “Scream Queens,” Grande’s hair situation is much worse than she let on. Apparently, Ariana is going bald! The source dished to the tabloid, “Her hair is a mess, what is left of it anyway. It is destroyed at the ends, and patchy on top. She is scared that if she tries another hair style, her bald patches will show.”

Ariana Grande blames her baldness on the make-up team at Nickelodeon. Her “Victorious” and “Sam And Cat” character had fire-engine red hair, which involved weekly bleaching and dye-jobs, they took a toll on her natural hair. We never went to cosmetology school or anything, but it seems pretty obvious that filling your head with extensions and hair glue and wearing it on top of your head 24/7 will actually just make you balder. If Ariana wants her hair to ever grow back, she is going to have to take off the fake pony tail and give it a chance to breath!