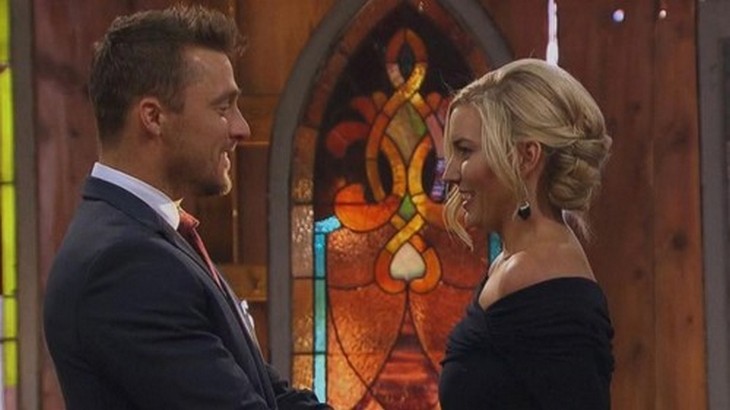 Are Chris Soules and Whitney Bischoff dating again? Fans of the ABC show are currently in a frenzy over tweet that the former 2015 Bachelor sent out – revealing that he was in Chicago, coincidentally the same Chicago that his ex-fiance and the Season 19 winner Whitney Bischoff resides in. Since Chris and Whitney’s messy break-up this June, they have gone their separate ways and not discussed what exactly happened between them – is it possible that they are getting back together.

Over the weekend Chris Soules took to Twitter and revealed that he and his co-star from The Bachelorette Cody Sattler were hanging out in Chicago, had booked a hotel, and were attending a nightclub called “Vertigo.” Bachelor fans were quick to point out that Chris and Cody just happened to be in his ex-fiancee’s hometown – but Chris ignored their questions on Twitter about his relationship with Bischoff.

After Chris Soules and Whitney Bischoff got engaged, he quickly joined Dancing With The Stars and it became clear that he cared much more about fame and fortune than he did his future wife and their upcoming wedding. After weeks of cheating rumors plagued the couple, Whitney left him and moved back home to Chicago. Could it be possible that Chris Soules is finally growing tired of reality TV shows and wants to win back his former fiancé?

We were never huge fans of Whitney Bischoff, but we had some compassion for her. Homegirl had baby and wedding fever, and Chris filled her head with promises of this fairy tale romance. Then after The Bachelor was over – he ditched her to compete on Dancing With The Star and allegedly cheat with his partner Witney Carson. If Bischoff does take Chris back – we will have zero respect for her.

What do you guys think? Could Chris Soules and Whitney Bischoff be getting back together? Let us know in the comments below!