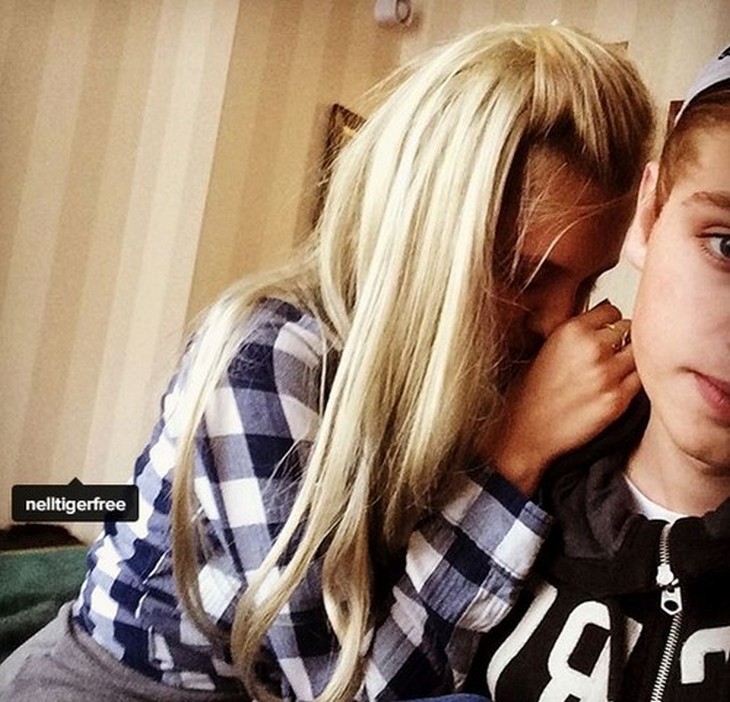 There’s a new Game Of Thrones couple! When actors work with each other on set for hours at a time, it’s only a matter of time before they begin falling for each other. And, that is exactly what happened to Dean-Charles Chapman and Nell Tiger Free. The two teenage actors are reportedly dating, and since they met on the Game of Thrones set – they are inseparable.

17 year old Dean-Charles and 15 year old Nell have been together 24/7 over the course of the last few weeks: traveling together, sharing Instagram photos cuddling with each other, attending music festivals, and even going on camping trips. Although neither GOT actor has actually confirmed their relationship – it is pretty clear that they are dating, and the internet is obsessed with the new couple.

Ironically, Dean-Charles and Nell’s characters Tommen and Myrcella are actually related on the HBO drama, but the good news is that the actors that portray them do not share any DNA in real life. Sadly, Nell Tiger Free’s character was recently killed off the show – so they won’t be spending any more time together on the HBO set. Here’s to hoping that Tommen doesn’t fall for any of his other young co-stars while he is slaving away at work and his girlfriend is no longer around.

Seriously, how cute are Dean-Charles and Nell Tiger Free? Do you think that they are too young to be in a serious relationship, or could they be in it for the long haul? Let us know what you think in the comments below!