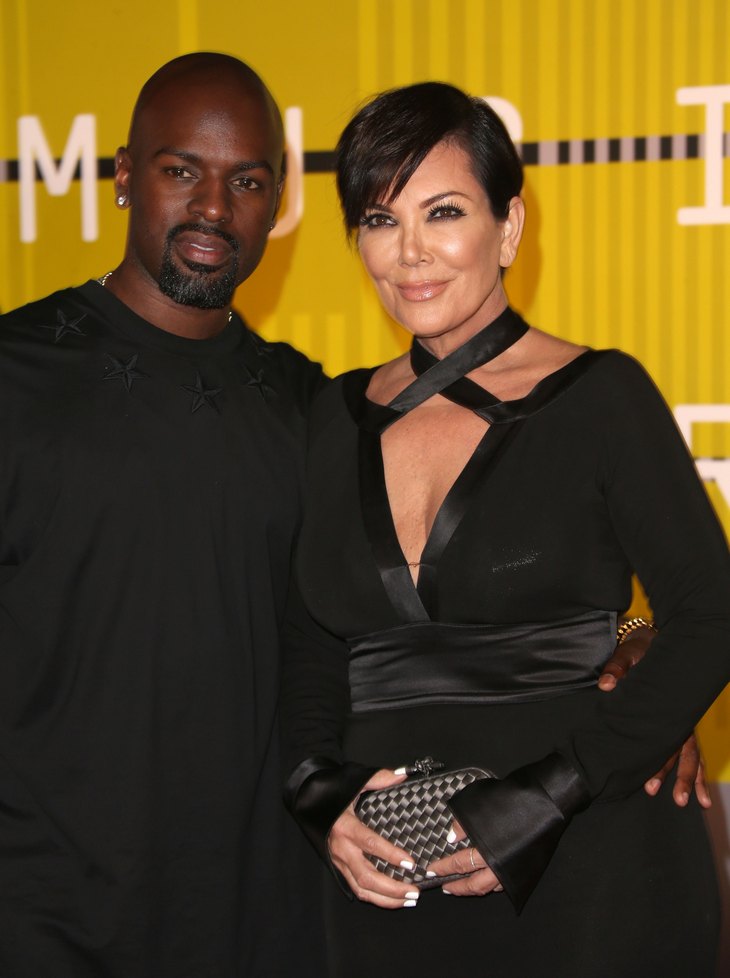 Kris Jenner and Corey Gamble are reportedly getting married. Earlier this year 59 year old Kris Jenner began dating her boy-toy Corey Gamble, who is a whopping 25 years younger than the Keeping Up With The Kardashians momager. Apparently, cougar Kris has decided that they are getting married and she is currently planning the over-the-top proposal and writing up a script for her boyfriend. Seriously, who plans their own “surprise” proposal?

Of course, Kris is planning on taping the entire proposal, wedding plans, and the big day that she walks down the aisle for Keeping Up With The Kardashians so that she can cash in on the event. According to a new report from OK! Magazine, Kris Jenner has ulterior motives. Shocker. Kris Jenner with ulterior motives…you don’t say. Apparently, Kris thinks that marrying Corey Gamble will help her steal back the spotlight from her ex Caitlyn Jenner.

An insider dished to OK! Magazine, “Kris is sick of playing second fiddle to Caitlyn. She wants to drum up some publicity for herself and steer the limelight back her way. She thinks that marrying her boy-toy could do that.” Marrying a man the same age as your daughters will probably make headlines – but it probably won’t have the same effect that Kris Jenner is hoping for. If anything, it will just make her desperate attempt for attention appear sad and transparent. Who is going to tune in to their wedding? Seriously, who even cares?

Do you think Kris Jenner’s wedding to Corey Gamble will be a profitable as she hopes? Or will it turn out to be a total flop? Let us know what you think in the comments below!