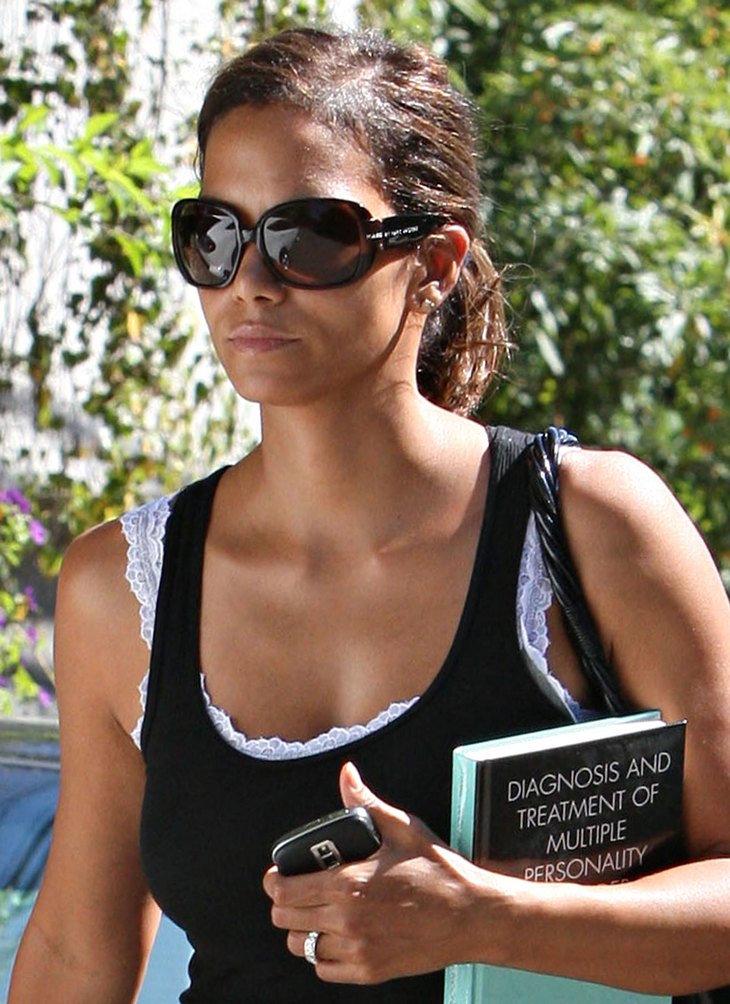 Halle Berry’s husband Olivier Martinez is not the only person feuding with the actress right now, according to a new report Halle and the “Queen Of Soul” Aretha Franklin just had a huge falling out as well. Halle Berry is rumored to be on the verge of a divorce, her career is in just as much trouble as her personal life though. The actress was just reportedly dissed by Aretha Franklin – who gave Halle’s upcoming movie role away to Jennifer Hudson.

There has been talk of an Aretha Franklin biopic in the works for years, and Aretha promised the lead role to Halle Berry. The singer even announced on the Wendy Williams show that the only person she wanted to play her in the upcoming movie was Halle Berry. So, you can imagine Halle’s surprise when she learned that Aretha had given the lead role to Jennifer Hudson instead.

An inside source dished in this week’s edition of National Enquirer, “When Halle learned Jennifer is on the inside track for the role, she called Aretha to read her the riot act. Aretha wouldn’t even take Halle’s calls! She had someone else reply, saying that casting Jennifer is just a sound business decision. Halle feels duped, it is not her fault that Aretha and the producers dragged their feet for years.”

Halle feels cheated because the producers decided she was “too old” for the role – and if they had filmed the biopic years ago like they originally planned, she would have been more age appropriate. At the end of the day, is age really the issue though? Aretha Franklin is the “Queen of Soul,” doesn’t it make more sense to have a professional singer play the part? What do you guys think? Should they have stuck with Halle, or is Jennifer Hudson a better fit for the movie? Let us know what you think in the comments below!