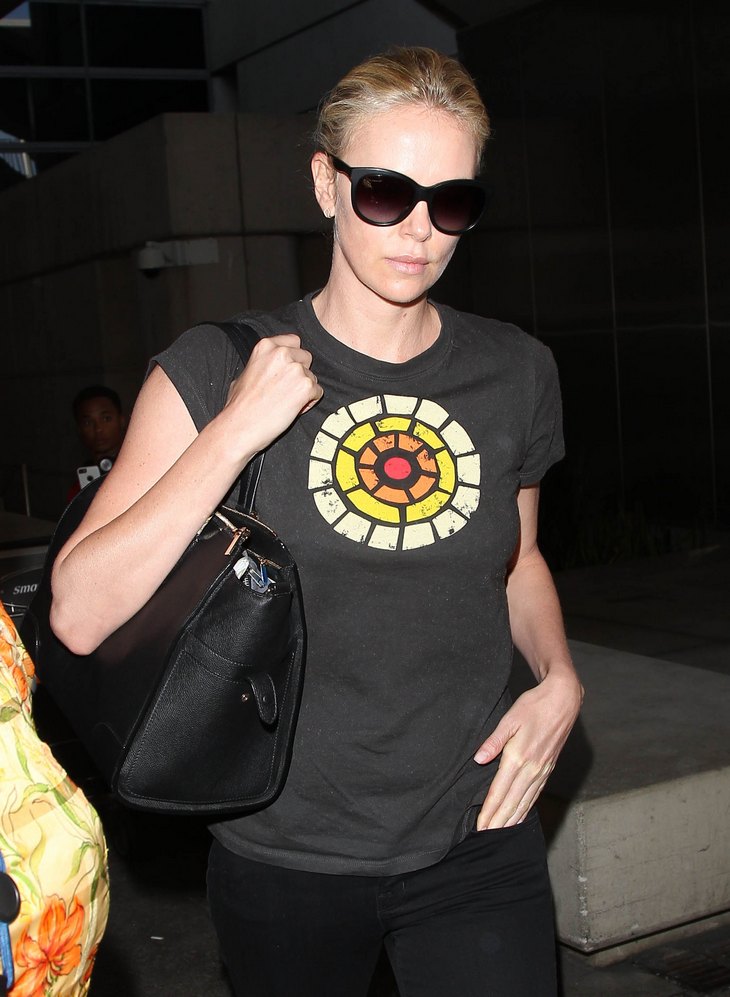 Charlize Theron was supposedly devastated after her break-up from Sean Penn, right before the couple was planning to get married. But, don’t let her somber face fool you – the actress wasted no time moving on and she is now reportedly happily dating fellow actor Jake Gyllenhaal. Charlize Theron and Jake Gyllenhaal have been pals for years, and after her break-up Charlize cried on Jake’s shoulder – and long story short now they are madly in love.

According to this week’s edition of OK! Magazine, “In late August Charlize and Jake were spotted dining at sushi hotspot “Sugarfish” in Los Angeles, where an eyewitness says they certainly appeared to be more than buddies. Jake’s rep denies it, but a source says that it wasn’t the first date for the pair, who have been friends for over a decade.”

The tabloid’s inside source goes on to say that Jake Gyllenhaal is smitten with Charlize Theron, because she is nothing like his ex-girlfriends Rachel McAdams, Taylor Swift, or model Alyssa Miller. Apparently, the dynamic between Jake and Charlize really works because, “she is strong, independent, and straight forward.” Is it just us or was that some not-so-subtle shade directed at the former women in Jake’s life? Regardless, Jake and Charlize are definitely a “thing” right now, and although they are keeping their relationship on the down love – they both appear to be happy with each other.

Do you think that Jake Gyllenhaal and Charlize Theron make a cute couple? Could they be Hollywood’s next power couple, or will they be over just as soon as they started? Let us know what you think in the comments below!