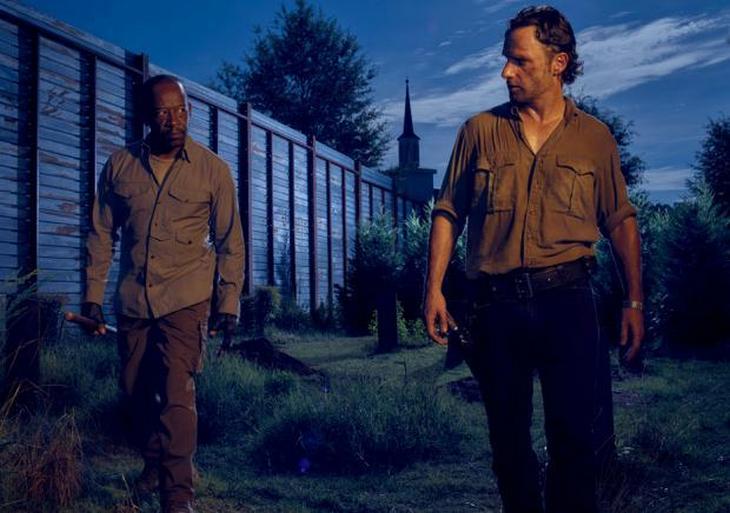 The Walking Dead spoilers indicate that Andrew Lincoln want to quit the AMC zombie drama – and he has been pleading with the show’s producers to kill off his character Rick Grimes. For those of you who aren’t familiar with TWD (and you should be by now!), Rick Grimes is one of the main characters! And, in the comic book series that the show is based off from – Andrew Lincoln’s character is not supposed to die.

This week’s edition of OK! Magazine reveals, “Andrew Lincoln, who plays deputy Rick Grimes, wants to be zombie feed! His rep denies it, but our sources are reporting that the actor is tired of dragging his wife and two kids from their native England to Georgia where the show shoots, so he is planning his exit.” Since the report hit the internet, The Walking Dead fans have been in an uproar over the news – it is nearly impossible to picture the zombie drama without Rick Grimes. And, after six seasons it would be ratings suicide to try and recast Andrew Lincoln’s character.

So far neither Lincoln nor TPTB at The Walking Dead have confirmed or denied the casting rumors about Rick Grimes. In Lincoln’s defense, when he signed on to play on the AMC television show, he probably never anticipated how huge it would really be or that six seasons later he would be commuting from England to Georgia on a regular basis. But, one would think that he would be thrilled by the show’s success – not that he wants out.

Can you imagine The Walking Dead without Rick Grimes? Should the network try to recast Andrew Lincoln’s character? Or will they just offer him more money to keep him aboard and save the show? Let us know what you think in the comments below!