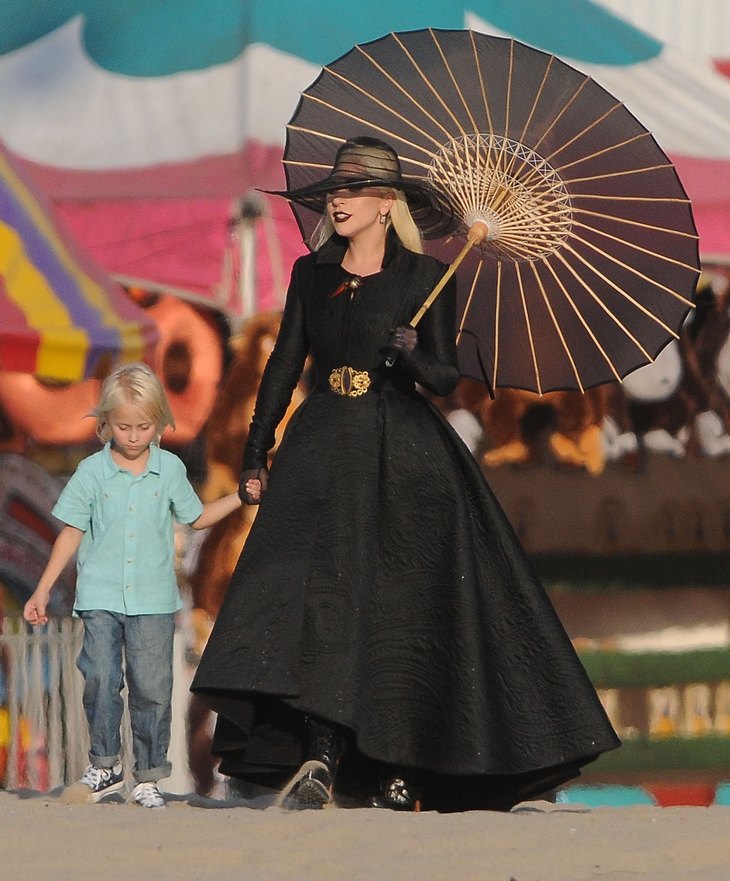 We are counting down the days until the Fall 2015 TV season kicks off, and one of the shows that we are most excited for is American Horror Story : Hotel on FX. “American Horror Story” Season 5 spoilers have been rolling in for weeks, and the official premiere date is scheduled for Wednesday October 7. While you are waiting for the Season 5 premiere, Ryan Murphy and his “American Horror Story” team leaked an exciting new spoiler video to give us an exclusive look at the cast – including Lady Gaga!

The “American Horror Story: Hotel” Season 5 promo video gives us an inside look at what may be the creepiest hotel we have ever saw. Seriously, the Fall 2015 season of AHS might just be the scariest yet. The all new trailer also gives us a look at the characters we can expect to see this season, starring cast members: Lady Gaga, Sarah Paulson, Kathy Bates, Angela Bassett, Wes Bentley,Matt Bomer, Chloë Sevigny, Cheyenne Jackson, Evan Peters and Finn Wittrock.

Season 5 “American Horror Story: Hotel” spoilers indicate that Lady Gaga’s character will be epic – and she is apparently a countess, or a “blood sucker.” There are also rumors that Lady Gaga will be involved in the FX drama’s kinkiest sex scene yet – a foursome including herself and AHS hunk Matt Bomer! Does Taylor Kinney know about this?
So, AHS fans, are you as excited as we are for the Season 5 premiere this Fall? Do you think this will be the best season yet of the FX drama? Let us know what you think in the comments below!