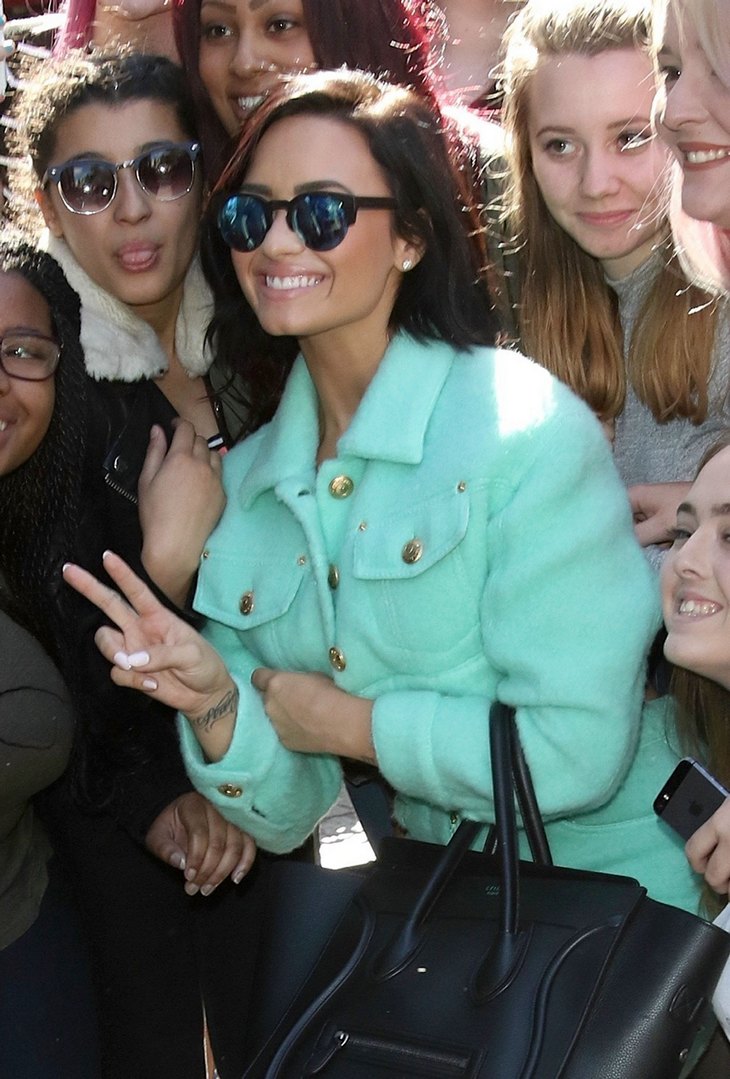 Demi Lovato might have just confirmed that Selena Gomez and Nick Jonas are dating. Rumors began swirling a few months ago that SelGo had reunited with her former boyfriend from seven years ago when they were spotted at a restaurant together in Venice. Then a few weeks later Selena and Nick were spotted again at a VMA after party together.

Demi Lovato, who has known both Nick Jonas and Selena Gomez for years, recently sat down for an interview with Capital FM – and she was asked if her two besties were dating each other. Demi didn’t exactly confirm the dating rumors, but she definitely didn’t deny them – which in Hollywood is as good as a confirmation. When Demi was asked if Selena and Nick were officially a couple the singer responded, “I’m Switzerland! I have no opinion on that! Listen, if I have an opinion on something, I would say it. I want him to be happy.”

Nick Jonas hasn’t confirmed the dating rumors either, but he did favorite a ton of tweets on Twitter last week about the lyrics of his song “Area Code” being written in response to his rumored girlfriend Selena Gomez’s song “Good For You.” So guys, what do you think? Are Selena and Nick dating? Or are they just encouraging the rumors about their relationship because it is creating a buzz for them in the media and helping them sell their music? It kind of looks like Selena Gomez has given up on using her dating rumors with Justin Bieber to promote her new record, and may have moved on to Nick Jonas dating rumors.