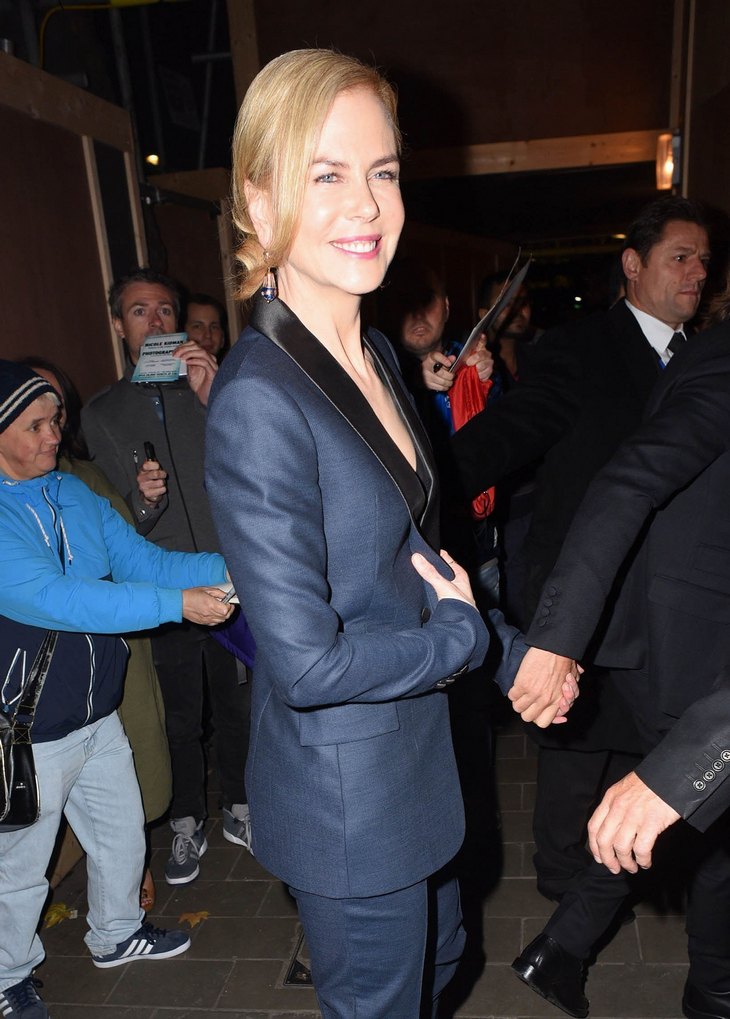 Nicole Kidman is pregnant with a baby boy – according to a new tabloid report. It’s no secret that Nicole Kidman has been desperate to get pregnant with baby number three, she even admitted to getting a little emotional every month when she realizes she isn’t pregnant in an interview last year. Although Nicole blamed her baby fever on her ticking biological clock, multiple sources have reported that Nicole actually wanted to get pregnant because she thought another baby would save her troubled marriage to Keith Urban – which has been tinkering on the verge of a divorce for over a year.

Regardless of what her motives were, this week’s cover of New Idea Magazine reveals that Nicole Kidman’s dreams have come true – and the actress is pregnant with a baby boy. The tabloid features a photo of Nicole clutching what appears to be a tiny baby bump and the headline reads, “The Moment Nic And Keith Broke The News: We’re Having A Baby Boy!”

The Australian tabloid goes on to read, “Currently starring on stage in the play Photograph 51 in London, Nicole Kidman couldn’t hide her excitement as she took a stroll with husband Keith Urban. With her hand placed proudly over her tummy, the couple – who had all but given up on their hope of adding to their family – are revelling in their thrilling news.”

Nicole Kidman and Keith Urban barely see each other as it is, we’re kid of baffled how they are going to juggle his tour dates, American Idol, and her filming – all while raising a newborn baby and two other children. If this pregnancy actually saves their marriage from a divorce, we will be shocked. If anything, it is probably just going to speed up their divorce.