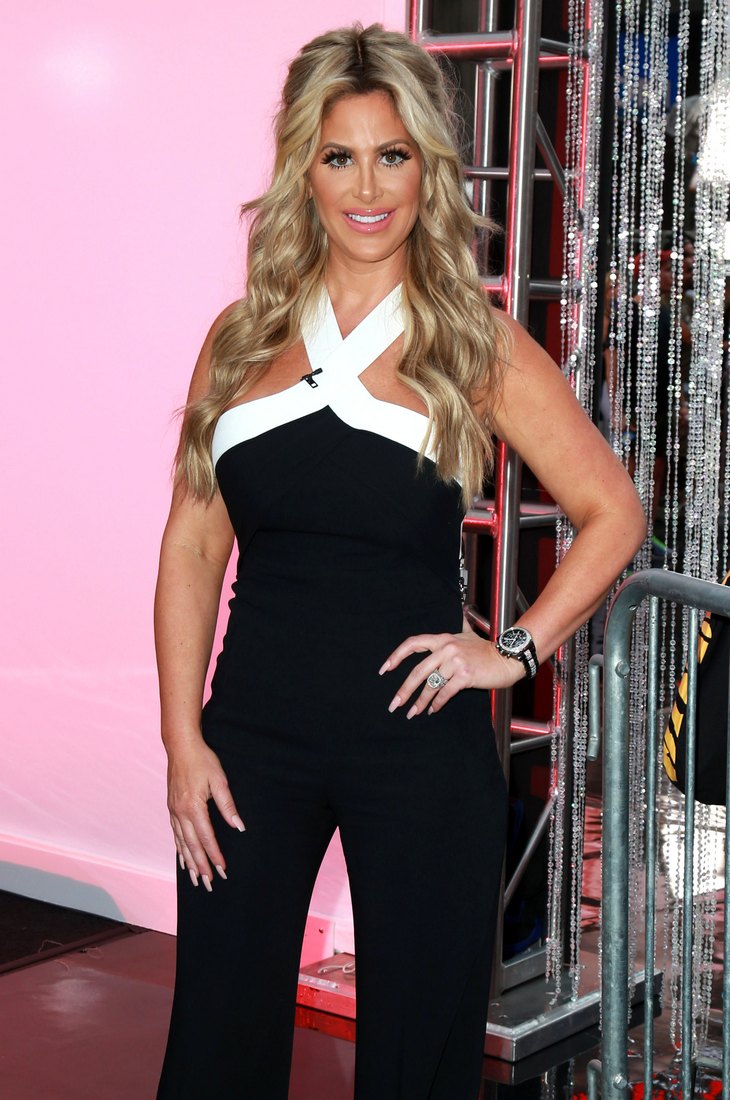 When Dancing With The Stars spoilers confirmed that Real Housewife Kim Zolciak had joined the Season 21 cast, no one was entirely surprised – it seems to have become the norm for Bravo celebs to compete on DWTS. However, fans that did tune in for the Fall 2015 premiere were surprised by how horrible Kim’s Egyptian salsa with pro Tony Dovolani was. In fact, Kim and Tony received the worst score of the night, 12/30.

Will RHOA star Kim Zolciak quit Dancing With The Stars? According to a new report from Celeb Dirty Laundry, that Atlanta housewife is desperately trying to figure out a way to get out of the Season 21 contract that she signed, before she embarrasses herself any more on national television. Kim did not take her critique and low scores very well, and was in tears after her performance. Of course, Bruno probably didn’t help matters any by saying her salsa was “grounds for a divorce.”

TMZ reported the day after the premiere that Kim Zolciak apparently had a meltdown at the airlines after her disastrous Dancing With The Stars performance and she took all of her frustrations out on some Delta employees when they mixed up her luggage and almost made some of her entourage board a different flight. Now, the internet is buzzing with speculation that Kim Zolciak might quit DWTS, and rumor has it she may come down with some sort of unexpected sickness or injury right before she is scheduled to make her next appearance on the live dancing show.

So DWTS fans, what did you think of Kim’s performance? Will she really quit Dancing With The Stars? Could she quit if she wanted to, or will there be legal ramifications? Let us know what you think I the comments below!