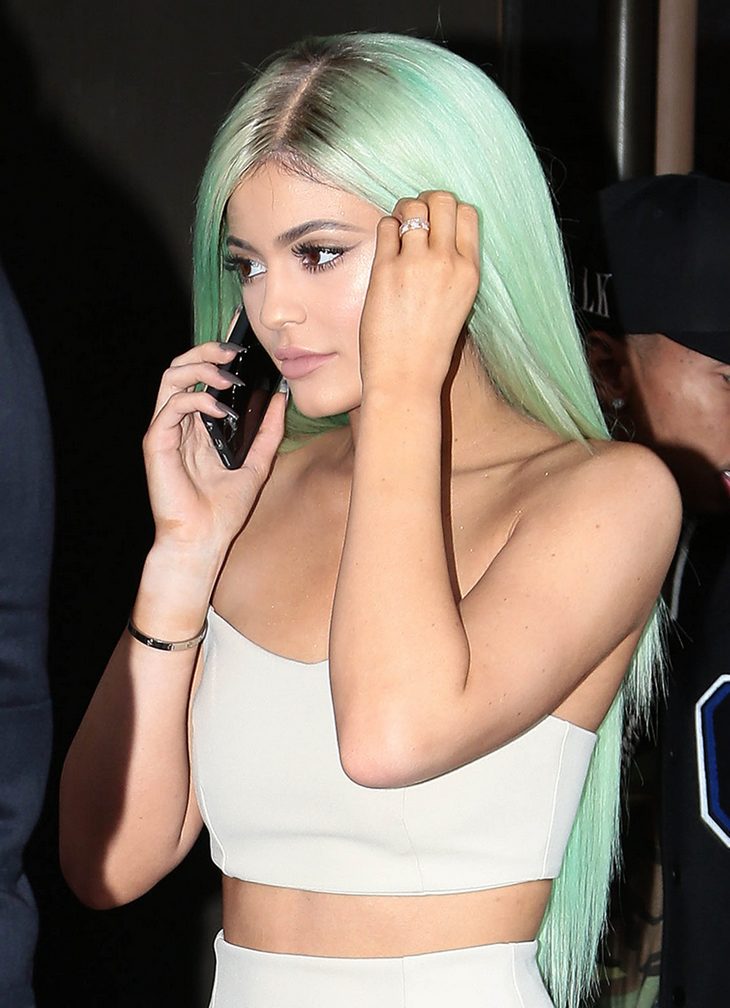 This week’s edition of OK! Magazine reveals that Kylie’s momager Kris Jenner is pushing her to sell her sex tape, and Kylie is contemplating it. A source dished to OK! Magazine, “Kylie and Tyga are no strangers to having cameras in the bedroom. They love filming themselves, especially because Kylie’s vanity is out of control. At this point they already have more than one sex tape to choose from, if Kylie decides to take Vivid up on their offer.” The tabloid goes on to reveal that for what it is worth – Kylie’s big sisters Khloe and Kourtney Kardashian think that it is a horrible idea, and they have made it very clear that they won’t support Jenner in this business venture.