Kylie Jenner Furious Over Jaden Smith And Girlfriend Sarah Snyder Kissing During Her Fashion Show, Still In Love With Ex-Boyfriend? 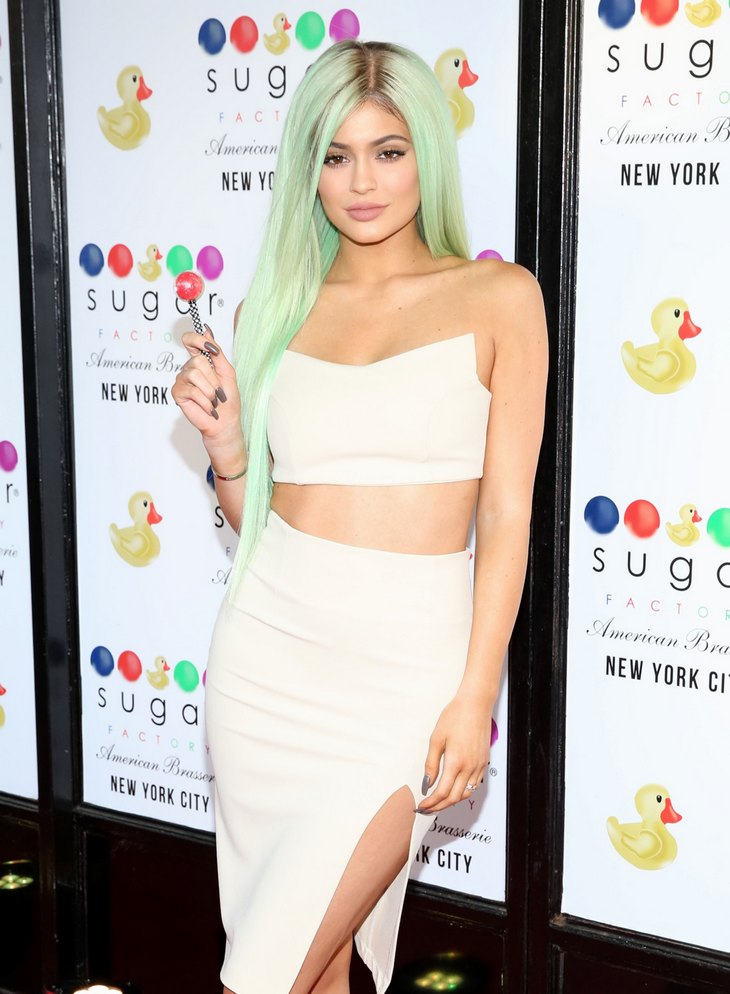 Is Kylie Jenner still in love with Jaden Smith? Her boyfriend Tyga seems to think so, and he is not happy about it. Tyga and Kylie Jenner have been fighting non-stop for days and are reportedly on the verge of a break-up, if they haven’t broken up already – all over her ex Jaden Smith. It all started at Kanye West’ show at New York Fashion Week, where Kylie Jenner was walking the runway and Jaden Smith sat in the front row kissing his new girlfriend Sarah Snyder, and ignoring Kylie strutting her stuff.

Sources say Kylie Jenner was furious when she saw Jaden Smith in the audience with his new girlfriend – and she had a meltdown backstage, the KUWTK teen was ranting to anyone who would listen about how “disrespectful” Jaden was being. If Kylie Jenner is so happy with Tyga, then she shouldn’t care where Jaden Smith is sitting, whether he is watching her walk the runway, or who he is kissing.

It really is a miracle that Kylie and Tyga are still together, between their age difference, cheating scandals, and his baby-mama Blac Chyna – they already have plenty to fight about. Of all the things that they have both done, it’s kind of ironic that they are breaking up over of all people – Jaden Smith. Here’s where it all gets even more interesting, Jaden Smith’s new girlfriend Sarah Snyder is apparently an alleged felon and her mugshots are all over the internet for stealing a $16,000 purse and allegedly breaking and entering in to a house in North Carolina. Jaden’s new girlfriend has street creds, and Kylie Jenner is furious that he brought her to Fashion Week to show her off.

Do you guys think that Kylie is still in love with Jaden? Could her obsession with Jaden and his new girlfriend end her relationship with Tyga? Or is Tyga over-reacting? Let us know what you think in the comments below!