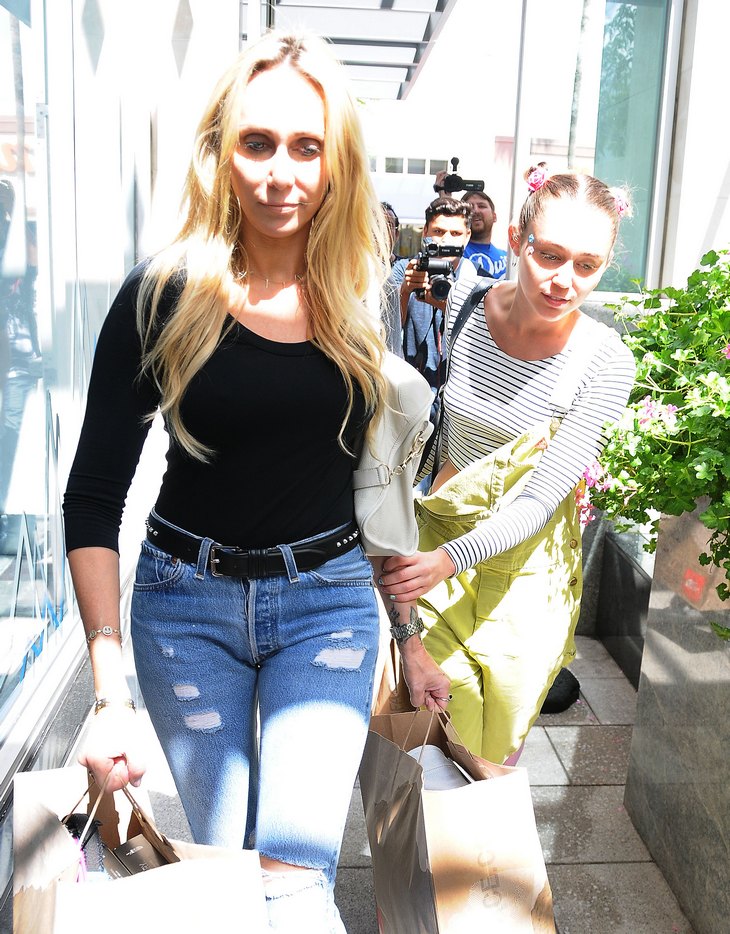 Miley Cyrus did not disappoint during the MTV Video Music Awards, and by not disappoint we mean she acted just as bizarrely and trashy as everyone expected her to. During Miley’s hosting gig she made several references to smoking weed, among various other drugs. While it provided some great entertainment, Miley’s behavior apparently sparked concern for her mother Tish – and she wants her daughter to go to rehab.

According to an all new tabloid report, Miley’s mom Tish thinks her daughter is in serious trouble and needs to get sober ASAP. Tish has reportedly recruited the help of Miley’s ex-boyfriends Patrick Schwarzenegger and Liam Hemsworth to help her stage an intervention. An inside source dished to Lfe & Style Magazine, “Tish believes that Miley’s bizarre behavior, angry outbursts, and bouts of depression are due to her drug and alcohol abuse. Tish knows how much Miley loved Liam Hemsworth and Patrick Schwarzenegger, so she asked them both to call Miley separately and try to convince her to check in to a 30 day treatment program.”

We can all agree that a trip to rehab definitely wouldn’t hurt, but why the sudden concern for Miley’s well-being? Is Tish going for some sort of parenting award we aren’t privy to? Tish and Billy Ray Cyrus have sat by idly for years while Miley partied like a rockstar and behaved bizarrely, we just don’t understand the sudden urge to get her help now. Regardless, Liam and Patrick are probably the last people on Earth Miley would take advice from. Both relationships ended badly, the last thing Miley Cyrus wants to hear is that her ex-boyfriends think she needs to get sober.

What do you guys think, does Miley need to go to rehab? Will she listen to Patrick and Liam? Why is her mom Tish suddenly so concerned? Let us know what you think in the comments below!