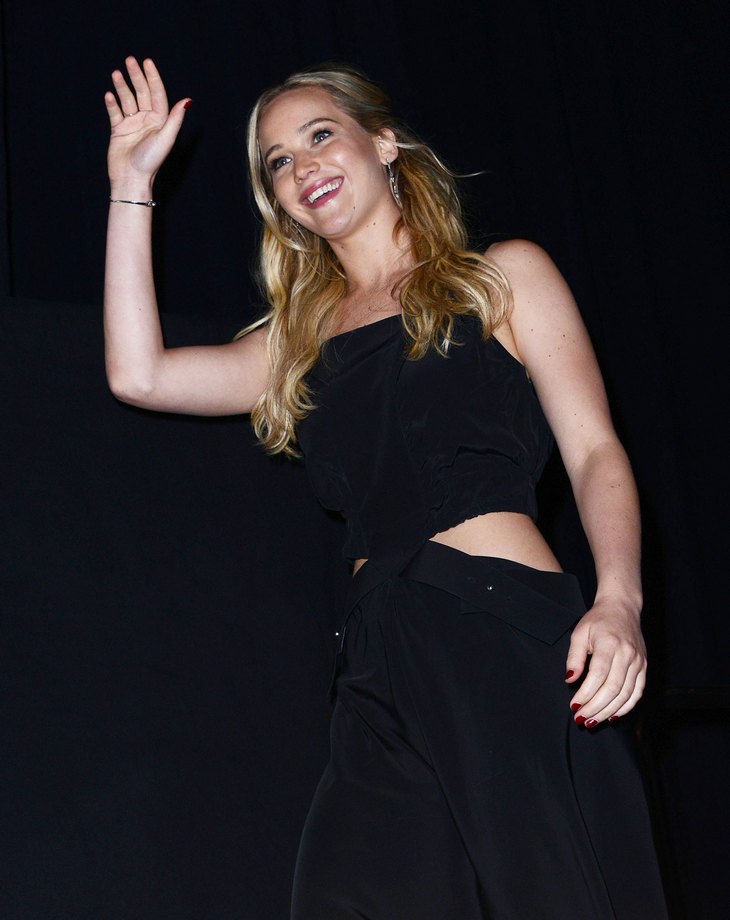 Apparently hell has frozen over, and Rob Kardashian and Jennifer Lawrence might really be dating. Yeah, let that sink in for a minute. It’s no secret that the Hunger Games star’s guilty pleasure is the Kardashians – and she recently got to meet monster momager Kris Jenner at her birthday party. Kris and Jennifer posed for photos together, lying in a huge bed at the wild soiree. Now, a new report is revealing that Kris is determined to hook her son Rob up with J-Law, and they have already gone on one date!

A new report in Heat Magazine reveals that Jennifer Lawrence and Rob Kardashian were set up on a date, and they actually had a good time together. Now, Rob’s money-hungry momager is pushing for the relationship and encouraging the new couple – because nothing says dollar signs like one of your kids banging an Oscar-winning actress. A source dished to Heat Magazine about Rob and Jen’s date, “It was totally set up, but they hit it off! Rob is funny and Jen is hilarious.”

We’re all for the new and improved, and much lighter, Rob Kardashian finding love – but we’re not going to get too invested in this “relationship.” Jennifer Lawrence has never been shy about her obsession with the Kardashians, so we wouldn’t be surprised if she agreed to go out with Rob as friends – but the odds of anything romantic happening between them are slim to none. But, we do admire Kris Jenner’s latest publicity ploy.

What do you think about Rob Kardashian dating Jennifer Lawrence? Share your thoughts in the comments below!