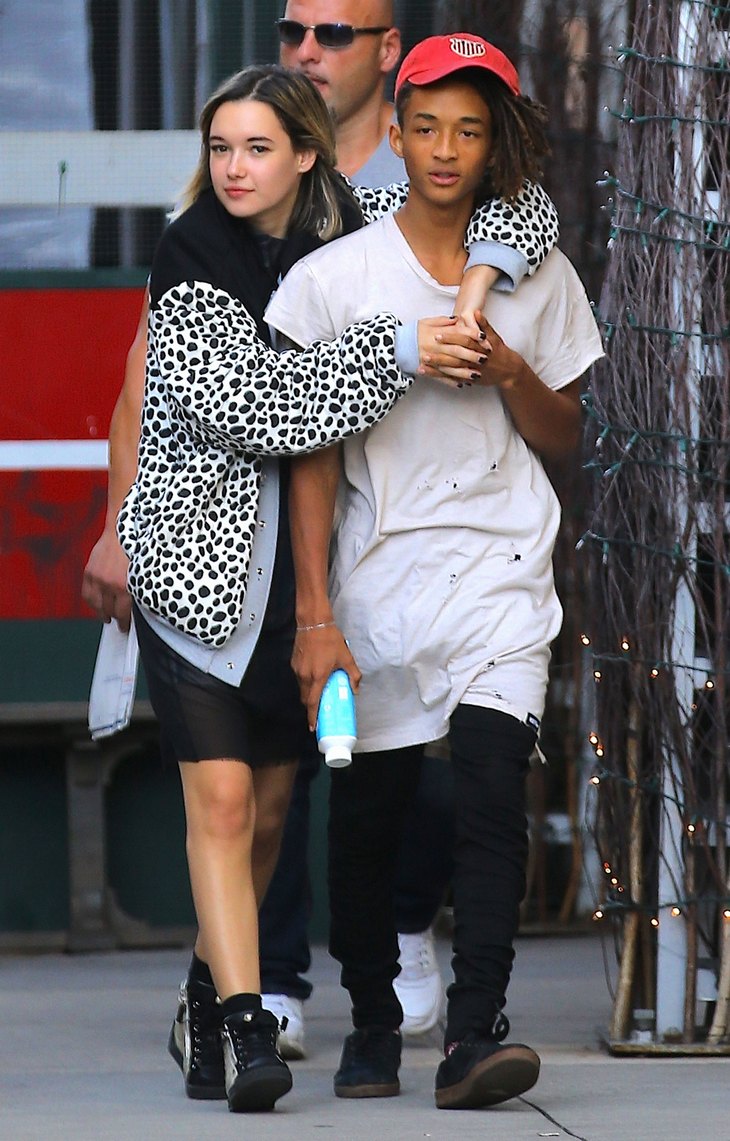 Who is Jaden Smith’s new girlfriend Sarah Snyder? Will Smith and Jada Pinkett Smith’s son, Jaden Smith, made headlines earlier this month when he arrived at New York Fashion Week with his new girlfriend, Sarah Snyder, on his arm. They proceeded to sit in the front row at Kanye West’s fashion show, and kiss and make out while Jaden’s ex-girlfriend Kylie Jenner strutted her stuff on the runway, which did not go over well with her. Kylie is obviously not over Jaden, despite her relationship with Tyga, and it was just revealed this week by TMZ that she is being taken to court for stalking another one of Jaden’s ex girlfriends.

Celeb Dirty Laundry spoke to a source from Sarah Snyder’s hometown, and this is what they dished:

“In addition to her most recent and well published arrest she received after sealing a $16,000 Birkin bag from an acquaintance, she has multiple arrests and is in the Charlotte Mecklenburg county jail system. Her charges she received back home include a felony conspiracy, larceny and breaking and entering charge. Her habit of stealing was motivated by her obsession with the drug Xanax, when it came to getting drugs and pills, nothing stopped her from getting them, she was fine with f—-ng a drug dealer if that meant she could get her bars (the name for the 2 milligram xanax pill).”

It sounds like Will and Jada might want to start doing background reports on their kids’ new love interests!