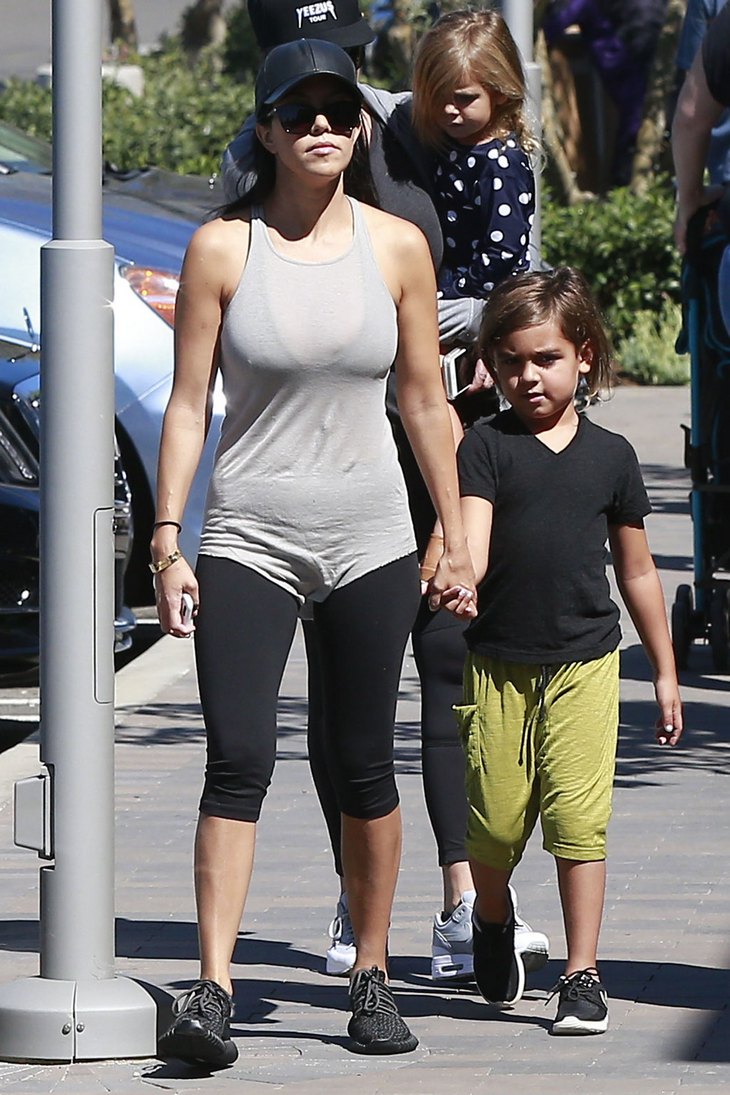 Kourtney Kardashian’s gig as a mom of three young kids must be stressful, you would think that she would start shipping them off to school as soon as they are old enough to give herself some space. But, that is not the case. Some anti-Kardashian social media users were in an uproar this week over the fact that Kourtney Kardashian has not put her son Mason Disick in school yet, despite the fact that he will be 6 years old in just a few months.

We wish we could say that Kourtney Kardashian absolutely adores Mason and doesn’t want him to leave her side – but that is not the case…at all. According to a new report from OK! Magazine reveals that the reason Kourtney hasn’t registered Mason in school is because it would interfere with his Keeping Up With The Kardashians filming schedule. Seriously, we don’t even have to make this crap up…

Kris Jenner was under fire a few years ago, because of Kylie and Kendall’s educations, or lack thereof, and it looks like Kourtney has the same approach. If your 6-year-old is already a millionaire – why force him to go to school and get a degree so that he can get a real job? People go to school half their lives so that their bank accounts can look like Mason Disick’s – right?

At Mason’s age, going to school shouldn’t be an option – there are vital social skills the kid should at least be half-way learning. Do you think Kourtney Kardashian is wrong? If she wasn’t famous or Kardashian, wouldn’t not sending your kid to school be grounds for a visit from child protective services? Let us know what you think in the comments below!