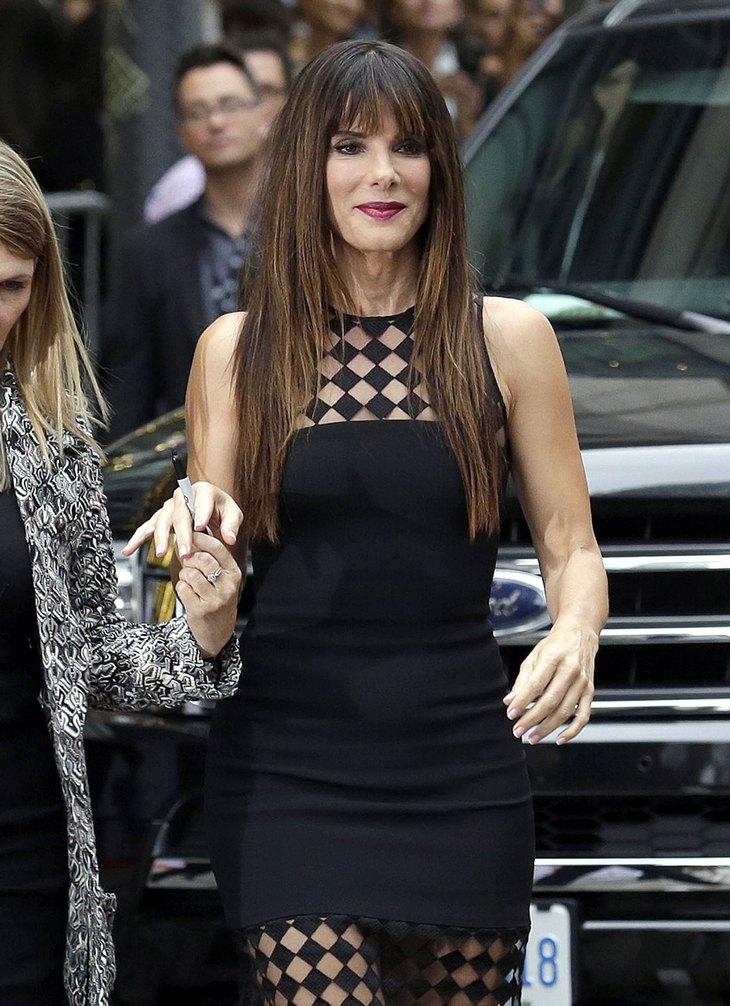 Sandra Bullock’s streak of bad luck in the romance department has officially come to an end – and according to a new report she is getting married! Earlier this summer Sandra Bullock stepped out with her new boyfriend Bryan Randall, a photographer and former model. Insiders at Jennifer Aniston and Justin Theroux’s wedding reported that Sandra and Bryan were smitten with each other, and she brought him along as her plus one.

This week’s edition of Life & Style Magazine reveals that Bryan Randall was apparently inspired by Jen and Justin’s nuptials – because afterward he proposed to Sandra! An insider close to the couple dished to Life & Style, “They had spent time alone in Austin with Jen and Justin, and when they were alone and back at Sandra’s house – Bryan proposed. He didn’t have a ring, but he had tears in his eyes when he told Sandra ‘I want to spend the rest of my life with you.’ She said ‘yes’ right away, and they are already planning a secret wedding!”

Of course, Sandra Bullock’s close pals are concerned that she may be rushing in to marriage with her new beau (who does have a bit of a shady past). Bryan Randall doesn’t have steady work, and hasn’t even been able to buy Sandra an engagement ring yet. The tabloid teases that Sandra’s friends are worried she is settling, and is more in love with the idea of getting married than she is with her new boyfriend – turned fiancé.

What do you guys think? Are Sandra Bullock and Bryan Randall in it for the long haul, or is she making a huge mistake? Share your thoughts in the comments below!