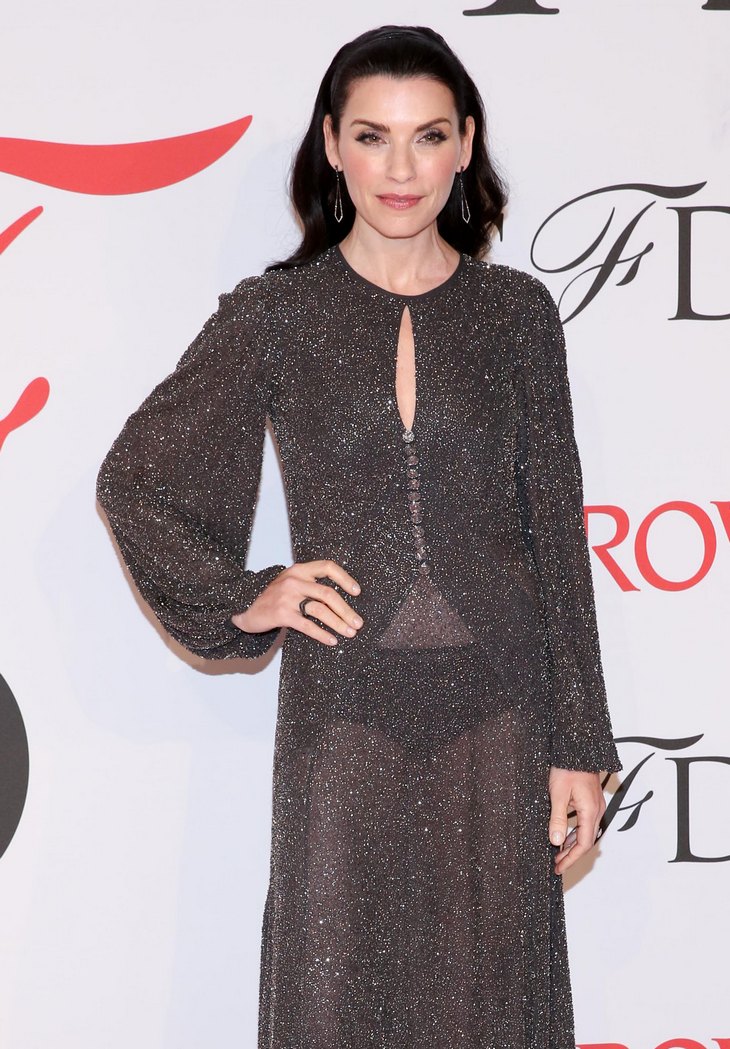 The Good Wife feud is REAL. When reports first hit the internet that there was bad blood between Julianna Margulies and Archie Panjabi on the set of the CBS drama, it seemed like nothing more than gossip. But, then it was revealed that Panjabi was exiting “The Good Wife” and her final scene with Margulies raised a few eyebrows. TGW fans were quick to notice that the backgrounds didn’t line up and Archie and Julianna filmed the scene separately and it was edited to make it seem like the two women were saying their “goodbyes” to each other.

This week Julianna Margulies dished to Vulture about the feud between herself and Panjabi – she insisted that it was just rumors, and she and Archie had no issues with each other. Julianna went on to say that the only reason they filmed the goodbye scene separately was because Archie was busy working on another project. Margulies dished, “It was shot the way Robert wanted to shoot it, and the story line, too. You also have to remember, there’s difficulty … [Panjabi] was also doing another show, called The Fall. I went along with whatever Robert asked me to do and I did it happily.”

Here’s where it gets interesting. As soon as Julianna’s statements were released, Archie hopped on Twitter and called bullshit to her former co-star’s claims. Archie tweeted, “@TheFallTV was not even in production at that time and I was in New York ready to film the scene!” Hmm, looks like someone (Julianna) has some explaining to do.

Are you Team Archie or Team Julianna? Do you think that the rumors were true and Julianna refused to shoot the scene with her? If so, what lead to the two women’s falling out? Share your thoughts and theories in the comments below!