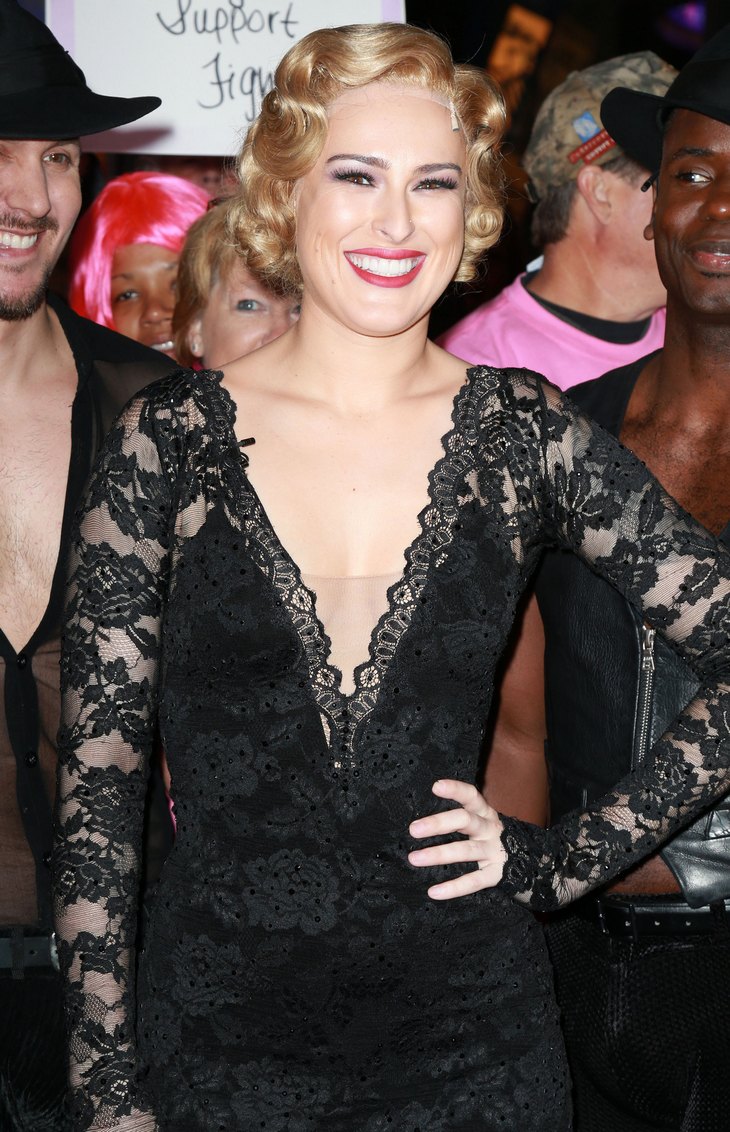 Dancing With The Stars cast members are always rumored to be dating and hooking up while competing on the ABC dance competition. But, the latest DWTS couple to emerge has us all scratching our heads a bit. Season 20 winner Rumer Willis was recently spotted out on a date with her Dancing With The Stars co-star Bachelor Chris Soules. And, they were even wearing matching leather jackets. So random.

Chris and Rumer were photographed sitting in VIP seats at a recent Knicks game in New York City, the couple appeared to be smitten with each other, and were even snapped laughing over something on Chris’s phone. In some of the photos Rumer Willis is even lovingly resting her hand on The Bachelor’s arm. Several patrons at the basketball game are dishing that Rumer and Chris looked a lot like a couple, and nothing like two platonic pals enjoying the Knicks together.

Chris Soules’ 2015 winner Whitney Bischoff famously dumped him while he was filming Dancing With The Stars, and fans were certain it was because he was allegedly hooking up with his partner Witney Carson. Now, DWTS fans are speculating on social media that maybe Carson wasn’t the problem all along – maybe there was something going on between Chris Soules and the DWTS champ Rumer Willis?!

One thing is for sure, Rumer and Chris are probably the most odd couple we have saw in quite a while. But, hey maybe it will work out because they are so remarkably different from each other? Do you think Chris Soules and Rumer Willis make a cute couple? Or is this all just a big misunderstanding – and they’re just friends? Let us know what you thin in the comments below!