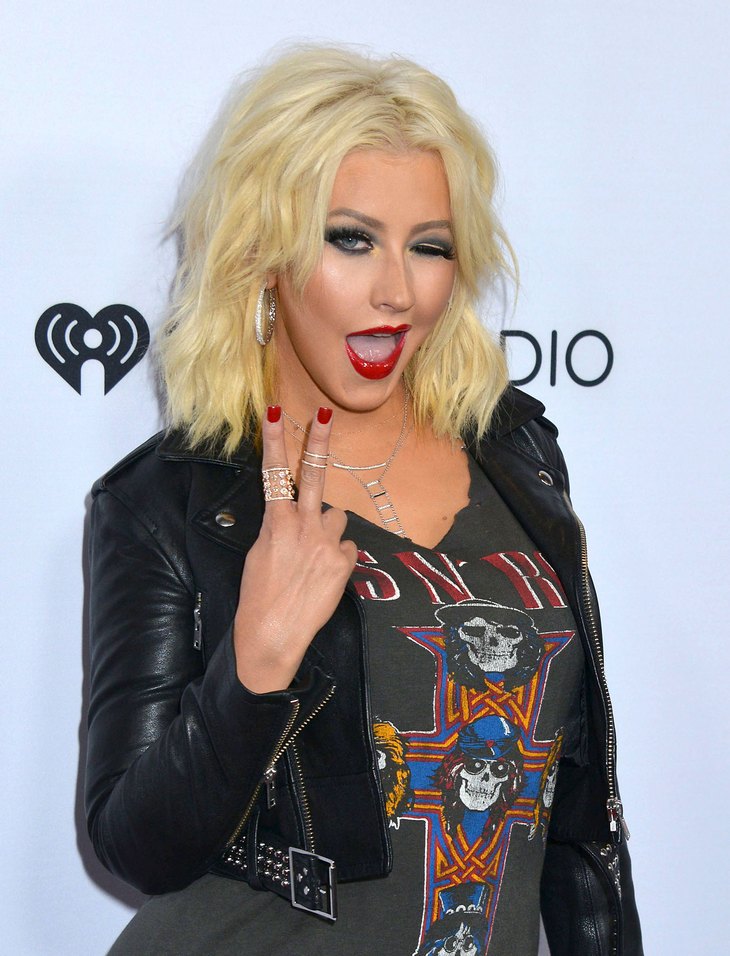 Season 9 of “The Voice” just kicked off this fall on NBC and we are loving the chemistry between celeb coaches: Adam Levine, Gwen Stefani, Pharrell Williams, and Blake Shelton. But, don’t get too comfortable with this fall’s cast of voice coaches – because according to The Voice spoilers Christina Aguilera is headed back to her chair and Gwen Stefani is OUT (again).

NBC confirmed “The Voice” spoilers this week on Wednesday October 7, and the rumors are true – Christina Aguilera will be returning to the singing competition in Season 10. And, that means that Gwen Stefani will once again be kicked out of her chair. Gwen was originally just supposed to be filling in for Christina Aguilera, but it’s no secret that she was hoping the position would become a bit more permanent, it looks like Aguilera has no intention of letting that happen though.

Of course, “The Voice” fans couldn’t help but notice the interesting timing. Is it a coincidence that TPTB at the network decided it was time to bring Christina back after a reported romance began developing between Gwen Stefani and her co-star Blake Shelton? Sure, it would make for a decent ratings boost, but it also could be a disaster if things go sour between them and then they have to appear on live television together.

What do you guys think? Are you happy Christina will be returning to “The Voice?” Or were you hoping that Gwen Stefani would stick around a bit longer? Does the switch have anything to do with Gwen and Blake’s possible relationship? Share your thoughts in the comments below!