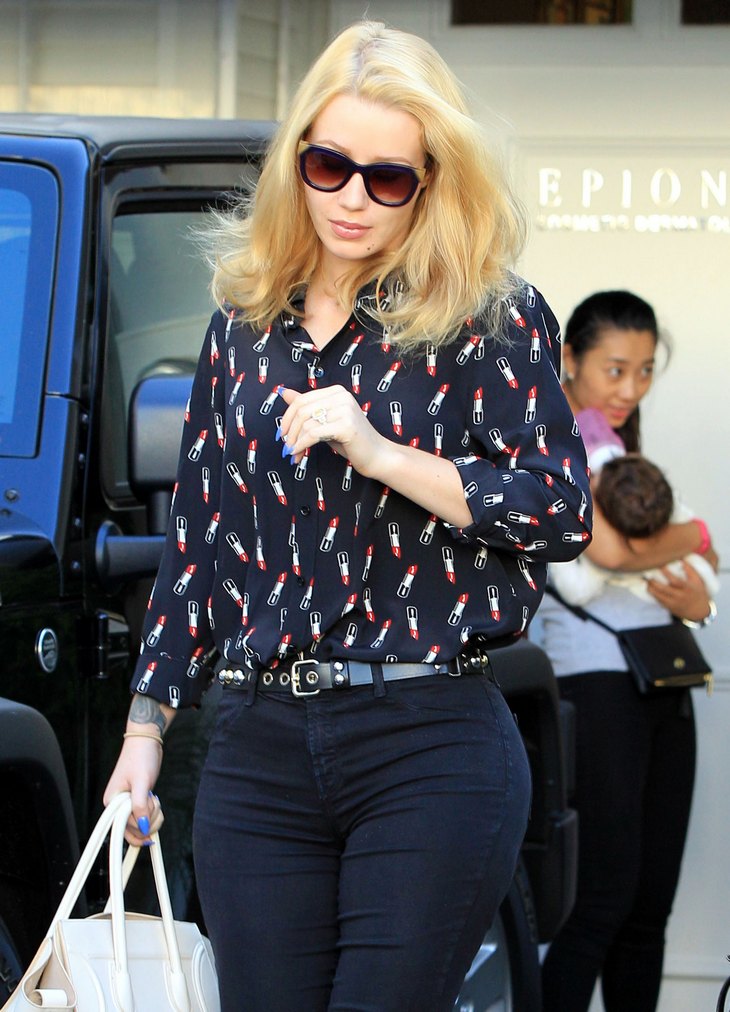 Iggy Azalea really isn’t in any position to turn down work right now – in the past year she has been dropped from her label, her tour was cancelled, her album was scrapped, and her collaboration with Britney Spears was a total flop. But, for some reason when her fellow “Black Widow” singer Rita Ora offered her a gig on her “Lady Marmalade” reboot – Iggy Azalea slammed Rita on Twitter and said she would not be participating under any circumstances. Side bar: we’re pretty sure Iggy Azalea has worse “Twitter Fingers” than Meek Mill.

It all went down on Twitter over the weekend when Rita Ora announced in an interview that she wanted to remake the classic “Lady Marmalade” song with a whole new cast of singers. Ora explained, “I’m trying to round up the troops – I think it would be me, Miley [Cyrus], Charli XCX – she’d be fun – and Iggy [Azalea].” It seems like a pretty nice gesture to include Iggy in the song seeing as how everything that Azalea touches these days turns out to be a money trap. But, Iggy took to Twitter and slammed Rita and not-so-kindly stated she was no interested.

Azalea tweeted this message to her followers, “Please leave me out of the whole Lady Marmalade conversation. I have nothing to do with ritas ideas & agree it should be left alone. Thanks.” Beggars can’t be choosers – and it won’t be long before Iggy is literally begging people for work. Either she is way too proud to accept Rita Ora’s sympathy song. Or Iggy is way more conceited than any of us realized and honestly is in complete denial about her career. Regardless – she didn’t have to be so rude!

Are you Team Iggy or Team Rita? Do you think the “Lady Marmalade” reboot will be a hit? Share your thoughts in the comments below!