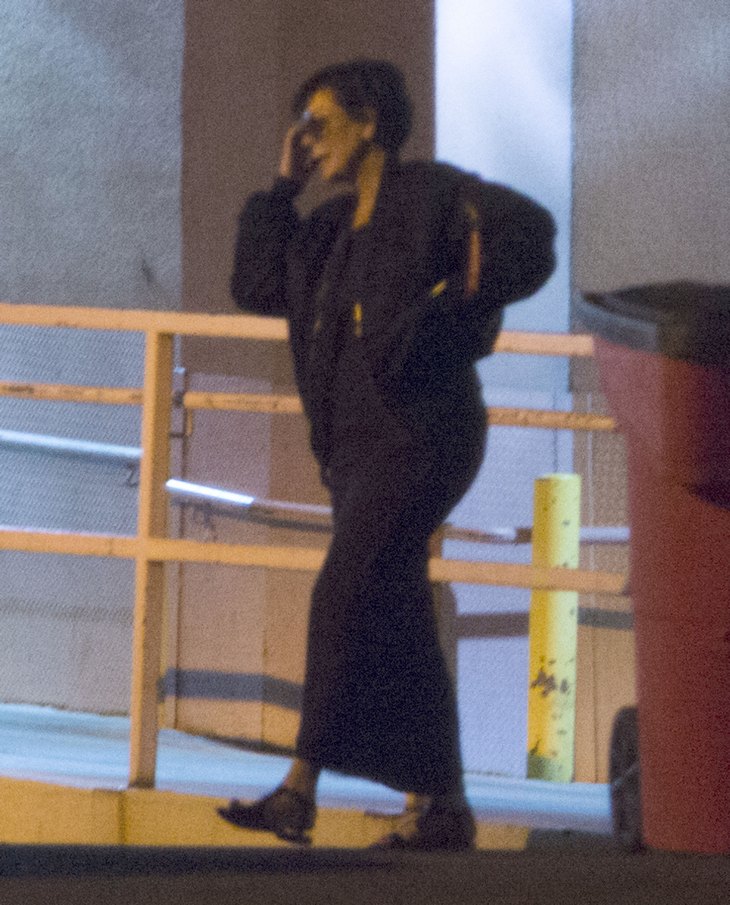 Monster momager Kris Jenner just reached an all-time low. On Tuesday, October 13, Lamar Odom was found unconscious and rushed to a hospital and placed on life support in Las Vegas. Kris Jenner and Lamar’s ex Khloe Kardashian, along with her sister Kim Kardashian, rushed to be by his side – and according to a report Kris Jenner brought along her reality TV camera crew! Is anyone really surprised though?

While Khloe Kardashian is reportedly inconsolable, and for good reason, while Lamar is in critical condition – her mother is trying to cash in on the events and get some footage for Keeping Up With The Kardashians. An insider at the hospital where Lamar is being treated dished to Radar Online, “It’s a s**t show. The Kardashians are trying to run everything. They walked into the hospital with cameras rolling. It was shocking, but hardly a surprise.” The insider added that Kris and Kim are crying and “pretending that they care.”

Radar’s source also revealed that the Kardashian Family is bossing everyone around at the hospital and only making matters worse. “The doctors have been working non-stop to make sure Lamar pulls through and the Kardashians are making everything a circus. It is ridiculous. They’re bossing people around. They are trying to take over the situation, so typical.”

In any situation like this, tensions are sure to be running high. But, Kris Jenner’s true colors are showing. One can only imagine what kind of a mess her own daughter Khloe is right now – and the fact that Kris Jenner is making sure that it is all caught on camera is truly disgusting. It’s one thing to make money off your own daughter’s sex tape. But, it is entirely a different story to make money off from someone’s life hanging in the balance. Sadly, Lamar Odom is still technically under contract with E!, so any footage shot of him in the hospital can technically be aired on the reality TV show.

Do you think that the Kardashians would actually use footage from the hospital on their reality show? Is Kris Jenner really that low of a human being? Let us know what you think in the comments below!