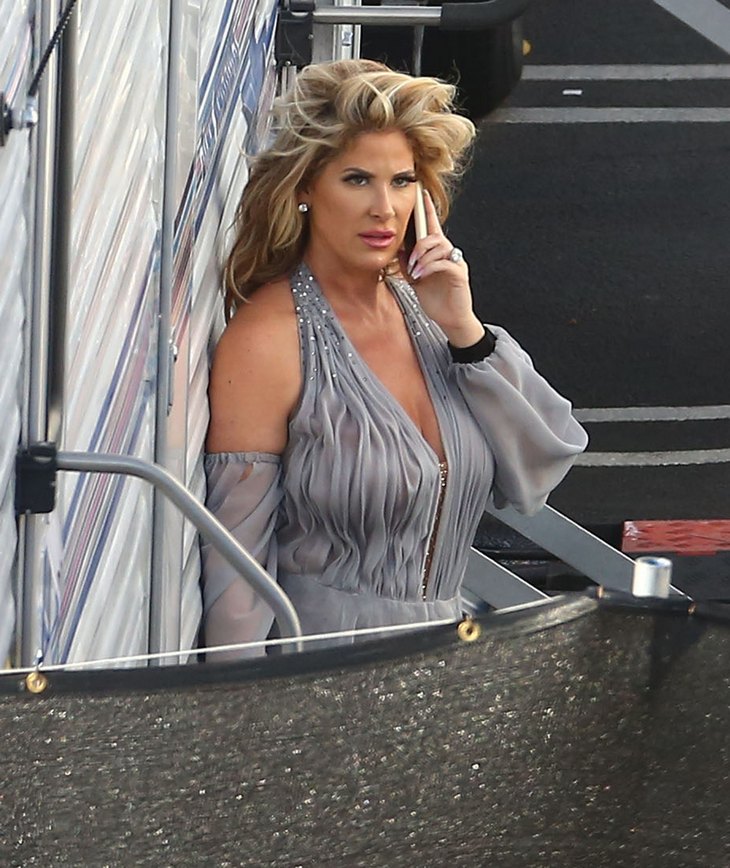 Bravo’s Real Housewives have been reportedly banned from competing on Dancing With The Stars. The recent member of the Real Housewives franchise, Kim Zolciak, was the final straw for producers of the ABC dancing competition. Kim and her partner Tony Dovolani were eliminated early in Season 21 because Zolciak had a health crisis and couldn’t compete during a live performance – which was totally understandable. But, the drama she stirred up after her elimination rubbed the DWTS producers the wrong way.

It has become tradition nearly every season for a Real Housewife to compete on Dancing With The Stars, and every time they do – some sort of drama ensues. After Kim Zolciak was eliminated from Dancing With The Stars, the Bravo star took to social media and slammed the ABC competition (which she was still technically under contract with) and then she encouraged her followers to sign a petition urging them to let her return. Kim Zolciak ranted that she was treated unfairly by DWTS, and thought that she deserved another chance on the show.

According to a new report from Naughty Gossip, Kim’s behavior was the final straw and the DWTS producers have vowed to never cast another housewife on the show. An insider dished to Naughty Gossip, “They will never have another REAL HOUSEWIFE. They are a nightmare and the show doesn’t want that sort of drama again…. Not only are they nasty to the dancers and the crew, but they don’t work very hard and never bring in the ratings.”

Do you think DWTS will stick to their word and not cast another housewife? Did Kim Zolciak ruin it for future housewives? Share your thoughts in the comments below!