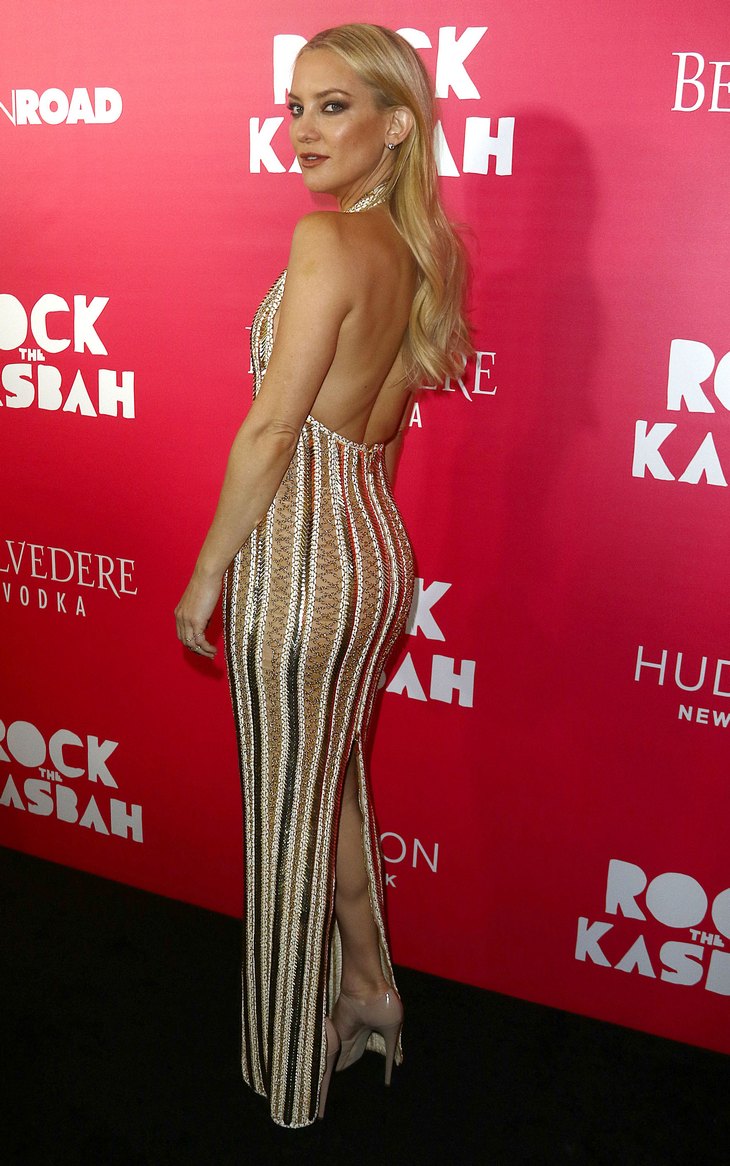 It’s so obvious that Kate Hudson and Nick Jonas are dating – or at least hooking up. Kate and Nick have been spotted out and about in Florida and in New York City, laying on the PDA. But, neither of them will discuss their relationship.

Nick was recently put on the spot during an interview and he dismissed the questions about Kate Hudson, and said that he doesn’t “talk about things that are important to him.” In Hollywood, that’s as close as a confirmation as you will get. But, it sounds like Kate might be much more “important” to Nick than he is to her.

On Tuesday October 21 Kate stopped by “Watch What Happens Live” to chat with Andy Cohen and to promote her new movie “Rock The Kasbah.” Of course the first thing that Andy brought up was her relationship with the much younger singer Nick Jonas. And, Kate basically passed it all off as gossip. So, either she is embarrassed about the fact that she is hooking up with someone over a decade younger than her – or she is just not that in to him.

Kate Hudson dished to Andy, “Honestly, you can’t hug someone or talk to someone without it ending up being a thing.” She added, “I don’t discuss gossip,” and then went on to point out there were rumors floating around that she is dating her agent as well because she was spotted holding hands with him while navigating through a crowd of people.

Ouch! It’s one thing to refuse to discuss your relationship as someone – but Kate basically said it was just gossip, and about as laughable as the rumors that she is dating her own agent. We’re kind of sad for Nick Jonas right now.