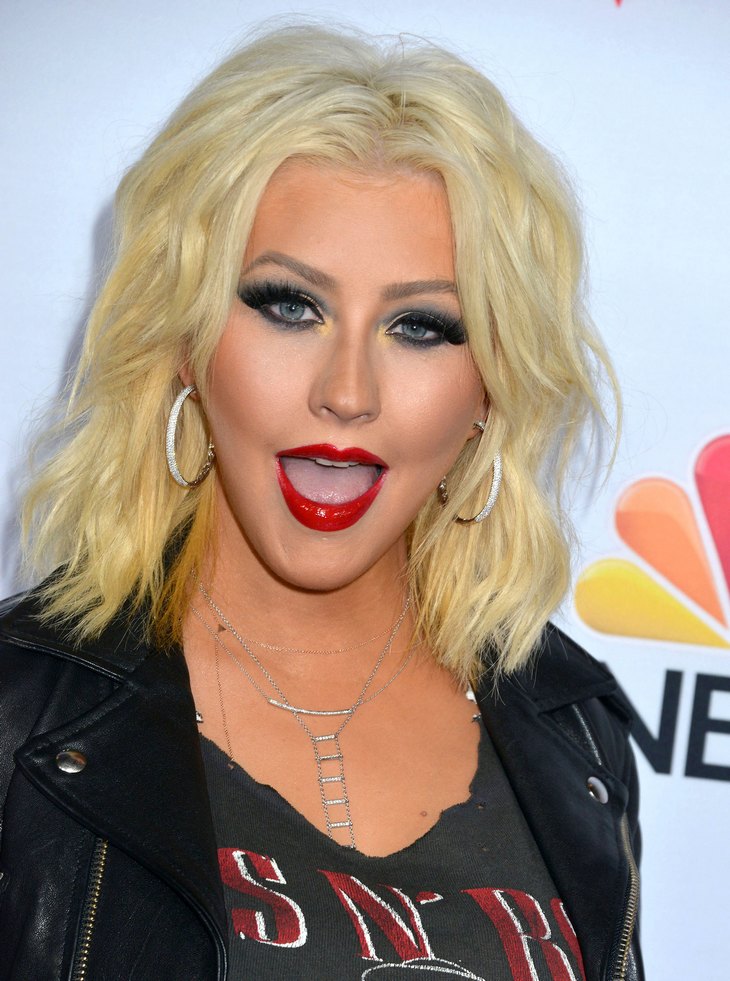 According to The Voice spoilers from NBC, Gwen Stefani is out – and Christina Aguilera will be back on the singing competition for Season 10. But, Christina’s co-stars and the cast and crew of the voice aren’t exactly thrilled by the pop-star’s triumphant return, and frankly they would rather that Gwen Stefani stuck around. Apparently, Christina Aguilera is a total diva on set – and a nightmare to work with!

An insider on the set of The Voice ranted to OK! Magazine about how ridiculous Christina Aguilera’s diva demands are. Christina’s disgruntled co-worked dished, “She made outrageous food and scheduling demands and even had the upholstery on her chair customized to velvet.” The source also recollected a time that Christina made everyone come in hours early for filming because she had a big dinner date, and then Christina didn’t bother to show up!

It sounds like Christina Aguilera does have some diva tendencies, then again hasn’t she built an entire career on being a pop star and a diva? Regardless, Christina Aguilera is obviously good for ratings – or else NBC wouldn’t be giving Gwen Stefani the boot just because Christina decided she wanted to do another season of The Voice. And, when you are detrimental to a show’s success, you king of get a free pass to act like a total diva. Is it “right?” No, not at all, it’s totally unfair – but that is just the way show business works.

Do you think Christina Aguilera is a “total diva?” Or is the magazine’s insider exaggerating a bit? Share your thoughts in the comments below!