Bobby Flay Accused Of Cheating By Naked Women At NYC Event – Did Stephanie March Hire Them? 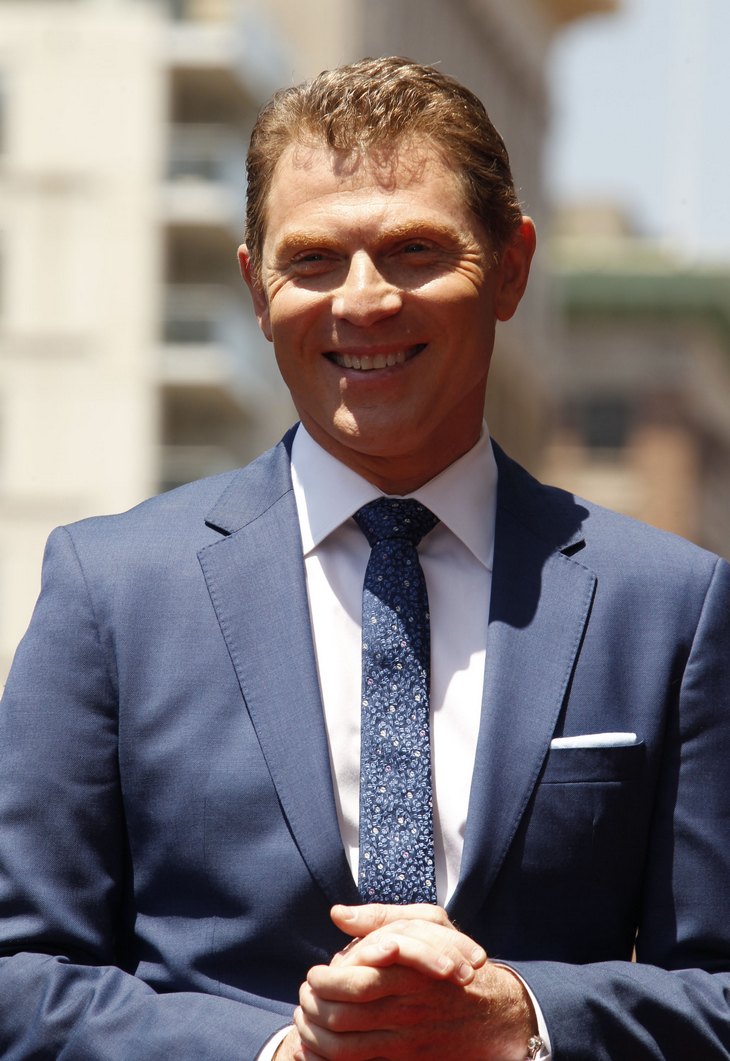 In case you hadn’t heard the news – Bobby Flay is a cheater! The celebrity chef and his ex-wife Stephanie March finalized their divorce earlier this year, and it was messy! After some pretty crazy cheating scandals and allegations were tossed around, Stephanie March made out like a bandit in alimony, only further supporting the theory that Bobby Flay had been unfaithful.

In the midst of Bobby and Stephanie’s messy divorce this summer, Bobby was honored with a Hollywood Star at the Hollywood Walk Of Fame. But, the airplane that flew overhead during the ceremony stole the spotlight when attendees noticed that it was flying a banner with the word “cheater” written on it. It was obviously intended for Flay. Stephanie March denied that she hired the airplane to fly the “cheater” banner over her ex’s ceremony – but no one really believed her.

Fast forward to this weekend, Bobby Flay attended the Food And Wine Festival in New York City – he did his little celebrity appearance stint. And, then a bunch of topless women walked through the event with their tatas hanging out, and the word “Cheater” written across their chests. Once again, it was clear that they were talking about Bobby Flay. And, once again Stephanie March insists she had nothing to do with it.

The women confirmed to The Post that someone did pay them to walk through the event with “cheater” written on their chests – but they also were paid to keep that person’s identity a secret. So, what do you guys think? Who paid the women to embarrass Bobby Flay and publicly brand him as a cheater … again? Share your thoughts in the comments below!