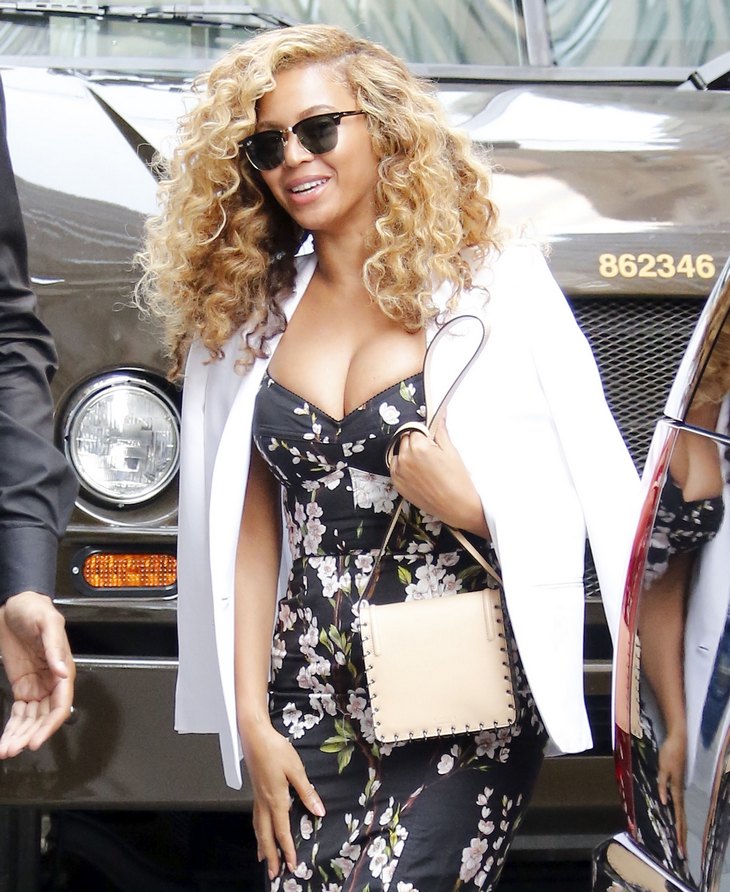 The 2014 elevator brawl between Jay-Z and his wife Beyonce’s sister Solange remains a huge mystery, and the scandal doesn’t appear to be going away any time soon. It all went down after the 2014 Met Gala – Bey, Jay, and Solange hopped in an elevator to leave the event, and then Solange was caught on surveillance video attacking Jay-Z until security pulled them apart. Beyonce and Jay-Z never really addressed the incident, or explained it, they simply wrote it off as “family issues” and Jay and Solange posed together for the paps to try and kill the scandal.

Since the infamous elevator incident, dozens of theories have been floating around the internet as to why Solange attacked Jay-Z. Now, a new tell-all book titled “Becoming Beyonce: The Untold Story” is finally shedding some light on the mystery. According to the author of the book, J. Randy Taraborrelli – the fight was actually over Rihanna!

“Becoming Beyonce” reveals that Jay and Bey actually secretly broke up for quite a while back in 2004. While they were broken up, Rihanna was on the rise, and a publicist planted a story in the media claiming that Rihanna was hooking up with Jay-Z to help sell her record. Of course, Beyonce was livid and had no idea the story was fake – and ever since then Bey was certain Jay-Z had cheated on her with Rihanna.

Fast forward to 2014, one wedding and a baby later – Beyonce is reportedly still bitter about Rihanna. According to “Becoming Beyonce,” that fateful night in the elevator Jay announced that he was going to stop by Rihanna’s Met Gala party … and all hell broke loose, it ended with Solange assaulting Jay-Z.

What do you guys think? Is that the real reason behind the elevator brawl? Could it all have been over Rihanna?! Share your thoughts in the comments below!