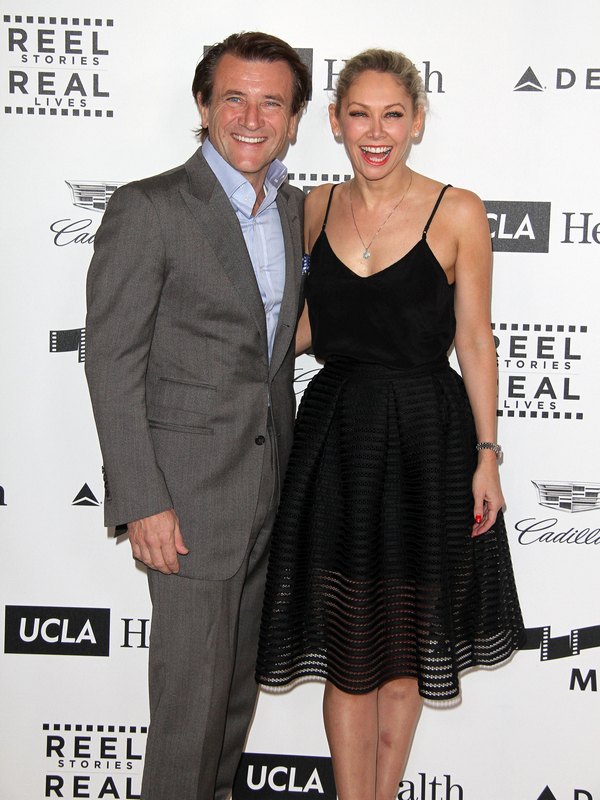 Dancing With The Stars couple Robert Herjavec and Kym Johnson found love during Season 20 of the ABC dancing competition – however they didn’t find themselves in the top four, and were eliminated relatively early. Season 21 of Dancing With The Stars kicked off this fall and we are on an entire new cycle of the reality TV show, but Herjavec and Johnson are still going strong several months later. Although their time on DWTS has passed – the couple is still dating AND dancing!

Robert Herjavec took to Instagram to reveal that he and Kym Johnson have been rehearsing for a show that they will be dancing in, in Las Vegas. “Come see my next Vegas performance! Headlining soon … May be taking this whole dancing thing too far @kym_johnson.” Obviously, Robert isn’t doing the gig for the money – after all he is a Shark Tank millionaire, it seems like he really just likes dancing with his girlfriend Kym Johnson.

Since Season 20 of Dancing With The Stars came to a close, rumors have been floating around that Robert and Kym Johnson were secretly engaged and planning a wedding. If there is some truth to the marriage rumors, maybe Kym and Robert could elope while they are in Vegas and get married by an Elvis impersonator at quickie wedding chapel?

What do you think Dancing With The Stars fans, are you surprised that Robert Herjavec and Kym Johnson are still together? Are they the real deal – is there a wedding in their near future? Share your thoughts in the comments below!