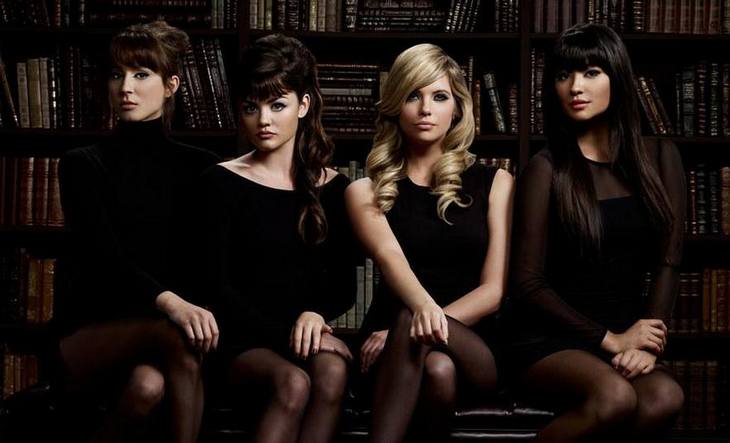 Pretty Little Liars 2016 spoilers tease that when the liars returns in the Winter premiere for Season 6B – there will be a lot of changes in Rosewood, like for instance Emily, Hanna, Spencer, and Aria’s ages. PLL spoilers indicate that there will be a time jump in the ABC Family series, and when Season 6B premieres in January 2016, 5 years will have passed – and some pretty surprising stuff has happened in Rosewood.

Pretty Little Liars Season 6 spoilers tease that unlike the other liars, Alison DiLaurentis decided not to leave the small town of Rosewood and try to take over the world. Instead, she stayed in the town that despised her so that she could be close to her sister (former brother) Cece Drake while she was locked away for the crimes that she committed as “A.” Alison seems to be working hard to repair her tarnished name, and is now employed as a high-school teacher as Rosewood. And, PLL spoilers also tease that Alison DiLaurentis is a married woman!

Eagle-eyed Pretty Little Liars fans noticed in a spoiler video that Alison’s last name was no longer DiLaurentis, she now goes by the name “Alison Rollins.” Also, it couldn’t be a coincidence that there used to be a Dr. Rollins that worked at Radley Sanitarium. Showrunner Marlene King confirmed in a recent interview that Alison was married to a man with the last name Rollins, and he is a doctor – but she wouldn’t give away any more hints.

So, PLL fans – do you think Alison DiLaurentis is happily married? Or is she still scheming and up to her same old tricks? Why would she marry a doctor at the mental hospital? Share your thoughts in the comments below!