Justin Bieber Interview: Biebs Discusses Naked Pics With Jayde Pierce And Getting Back Together With Selena Gomez 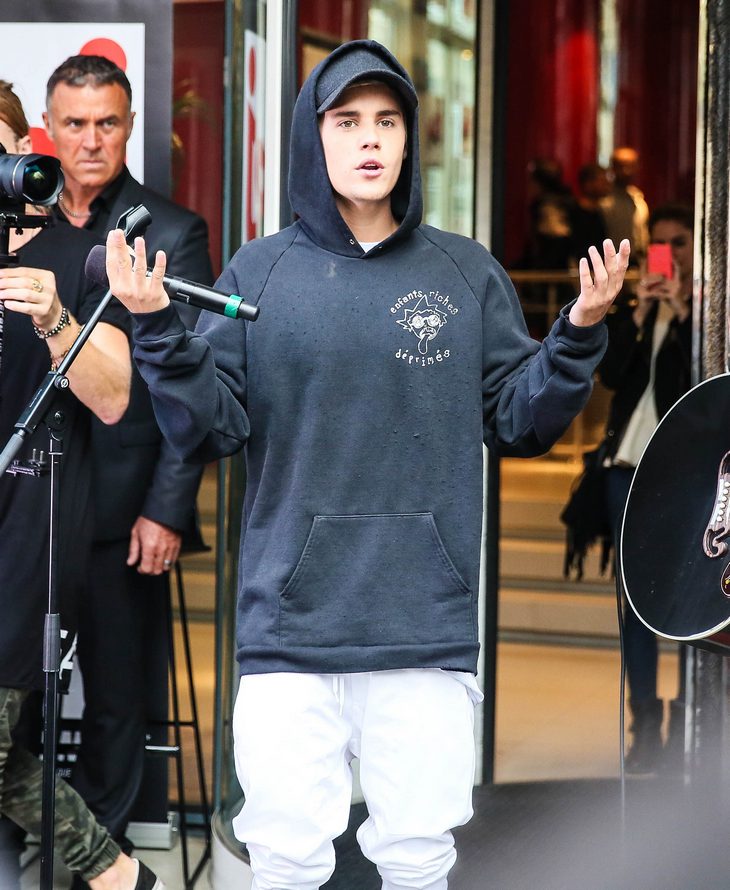 It wouldn’t be a complete Justin Bieber interview if he didn’t discuss his relationship – or lack of – with Selena Gomez. Despite the fact that this year Selena and Justin have dated enough combined people to fill a small village, ‘Jelena’ fans are still holding on to hope that Beibs and Gomez could be getting back together. Of course, if Justin and Selena would stop half-answering the question and giving fans false hopes of a reunion … they might finally move on.

On Monday November 9th Justin joined Ellen DeGeneres to discuss his leaked penis pics. Justin insisted that Jayde Pierce, the girl he was skinny-dipping with in the pictures was “just a friend.” However, Biebs then went on to say that there is still a chance he could get back together with Selena Gomez some day – of course ‘Jelena’ fans went mad on social media.

So, in conclusion – Justin has no intentions of dating Jayde Pierce, the girl he was running around outside naked with. But, he is open to getting back together with his ex-girlfriend from three 3 years ago, Selena Gomez, after they are done “finding themselves.” Seems legit …