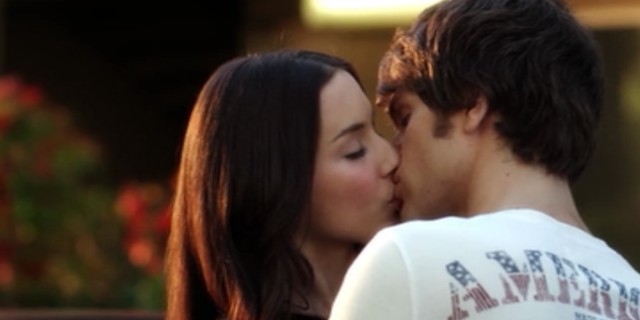 Pretty Little Liars Season 6B spoilers have been rolling in left and right, the 2016 Winter premiere is set to air on January 12th on ABC Family. This week another ‘PLL’ spoiler video hit the internet – and there was one brief scene that has everyone buzzing. ‘Pretty Little Liars’ rumors have been popping up all summer teasing that Spencer Hastings and Caleb Reynolds (Tyler Blackburn) end up hooking up in Season 6B, and the new 2016 promo video kind of implies that those rumors may be true.

As you all know, when ‘Pretty Little Liars’ returns, five years will have passed and none of our favorite Rosewood couples are still together. Hanna Marin (Ashley Benson) is actually engaged to another man, and Toby Cavanaugh (Keegan Allen) and Spencer Hastings haven’t even spoken to each other in years. So, technically Caleb and Spencer (Troian Bellisario) are both single and available – except for they are BFF”s with each other’s ex’s Hanna and Toby.

The all new ‘Pretty Little Liars’ promo video shows Spencer Hastings standing off to the side and watching in shock as Toby launches a full-blown attack on Caleb, punching him in the face and dropping him to the floor. Now, Toby and Caleb could have been fighting over a number of things – but ‘PLL’ rumors are indicating that they were fighting over none other than Spencer Hastings.

What do you guys think, would Spencer ever hook up with Hanna Marin’s ex Caleb? Is it all just a big misunderstanding? Share your thoughts and theories in the comments below!