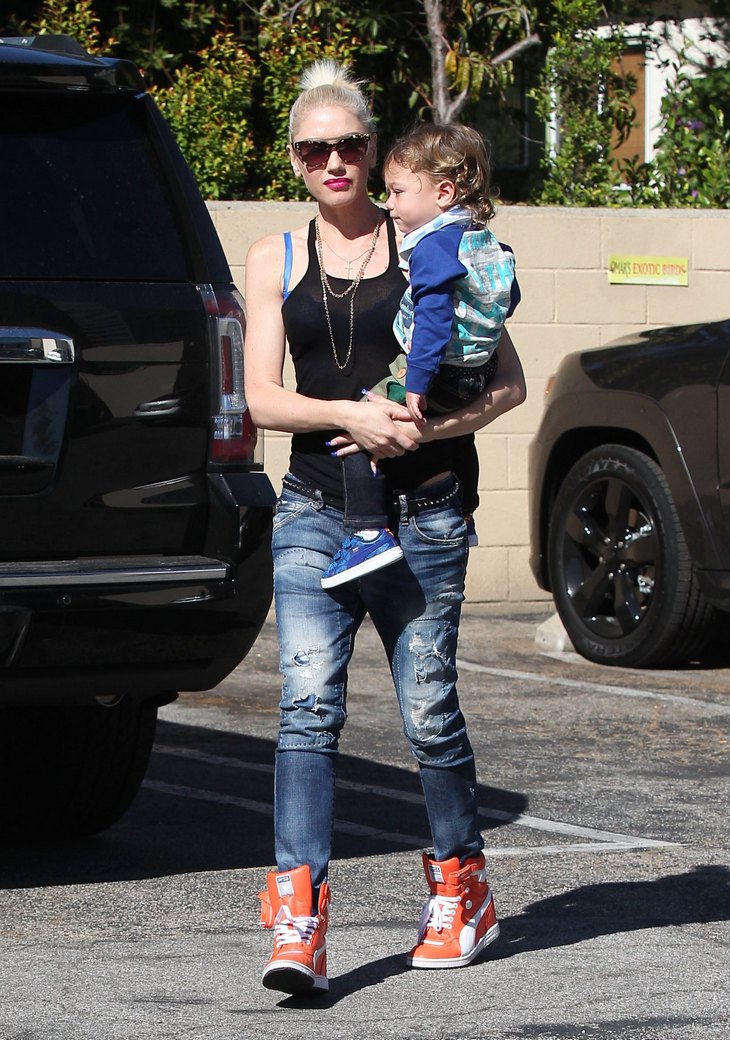 Is Gwen Stefani really pregnant with Blake Shelton’s baby?! The Voice coaches JUST confirmed that they were dating a week ago after photos of them canoodling at a Halloween Party surfaced after months of rumors that they were hooking up. Now, barely three months in to Gwen and Blake’s relationship – this week’s cover of OK! Magazine is reporting that The Voice coaches are expecting a baby together.

According to the cover of OK! Magazine, Blake is thrilled that he is “finally going to be a dad.” Oh, and of course his ex wife Miranda Lambert “is disgusted.” We aren’t buying it though. There’s no doubt that Gwen and Blake have been hooking up – but Gwen definitely knows where babies come from, seeing as how she has three of them, and it’s hard to believe that she would slip up and get pregnant with another child with a man she has been “dating” for just three months while she is still technically married to Gavin Rossdale.

As far as Miranda Lambert being “disgusted.” That part is probably 100% accurate. It’s bad enough that Blake has already moved on, but he and Gwen threw some major shade at Miranda by confirming that they were dating literally minutes before she received her award at the Country Music Awards and had to take the stage on live television. Not only were all eyes on her to see how she would react to Blake and Gwen’s relationship, but no one seemed to even care that she won the Female Vocalist of the year award.

What do you guys think? Could Gwen and Blake really be having a baby together? Stranger things have happened in Hollywood …