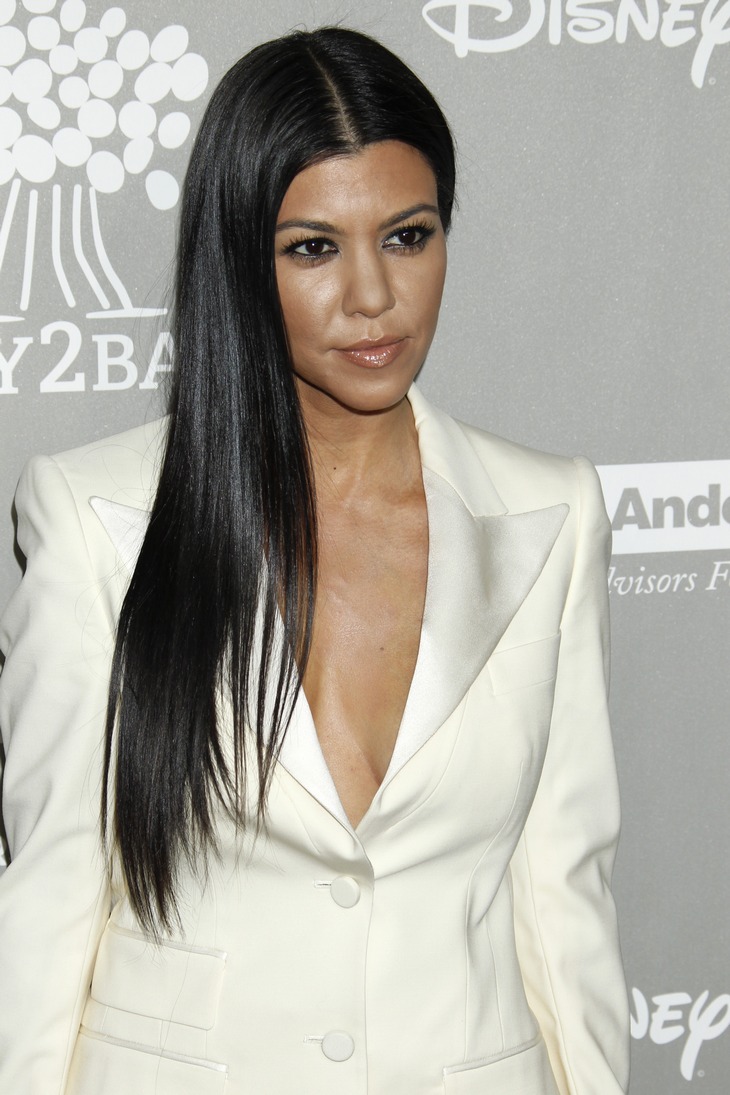 Kourtney Kardashian naked pictures hit the internet this week, and it actually IS news because of all of her sisters – she is the one who shows off her goodies the least. Here is where it get hilarious though, the naked pics of Kourtney Kardashian weren’t “leaked” like her sister Kim Kardashian’s sex tape, or stolen from her phone, or even sold to a magazine. It was actually E! Network’s fault that the world got a free peek at Kourtney’s “private areas.”

It’s not unusual on the Kardashian Family’s reality TV show to see Kourtney or her sisters racing around, changing clothes, or stripping down for photo shoots. A photo shoot was precisely what was going down on last Sunday’s episode, but whoever was in the editing room was either high as a kite or had no idea what they were doing – because they did horrible job blurring out naked Kourtney’s body, and it got pretty risqué for Sunday night television.

There is also Celeb Dirty Laundry’s theory, maybe the crappy blur job was 100% intentional. Kris Jenner loves pimping out her daughters’ body parts for ratings, fame, and fortune. What better way to kick off the all new season of Keeping Up With The Kardashians than to give fans at home a sneak peek at naked Kourtney Kardashian (the one sister who doesn’t have risqué or naked photos already plastered all over the internet). If you want to see the naked pics of Kourtney, you can head over to Media Take Out – they have literally no shame.

What do you guys think? Could Kris Jenner have planned the naked photos or horrible censor job? Share your thoughts in the comments below!