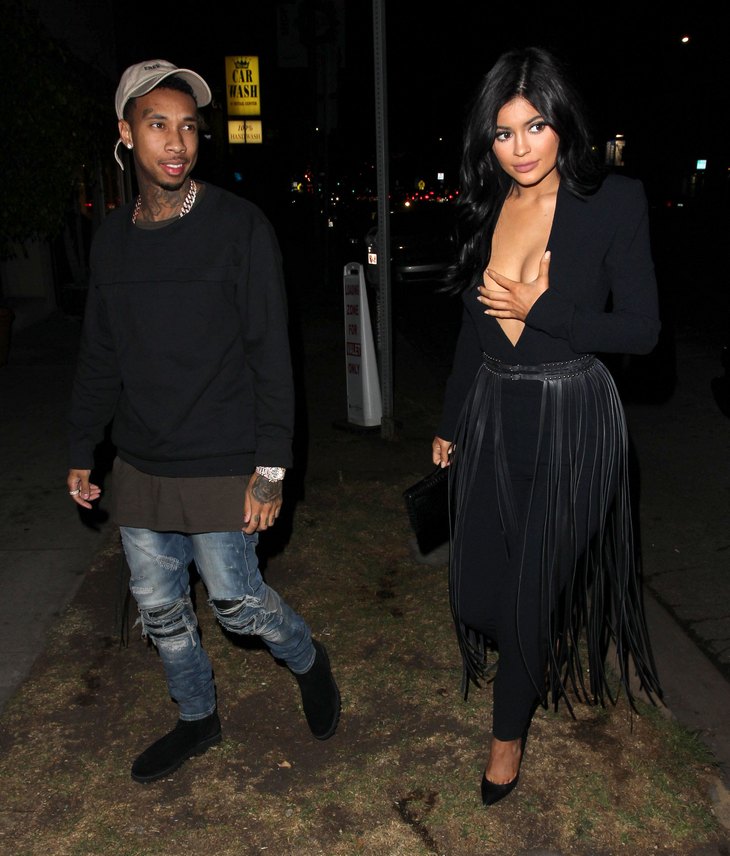 Kylie Jenner and Tyga’s break-up continue to get stranger… The Keeping Up With The Kardashians star and her rapper boyfriend broke up last week for almost a total of 48 hours. Now, they are “back together” – but Tyga just moved out of her Calabasas mansion, and in to a Hollywood Hills rental, according to a new report from TMZ.

Kylie Jenner and Tyga break-up rumors seem to hit the internet every other week, but this time it was the real deal. It’s unclear what exactly spurred the break-up, but believe it or not it was NOT cheating (which is bizarre seeing as how many scandalous affairs they have both been accused of having). Some reports claim that Kris Jenner and Kyie’s sisters were behind her sudden change of relationship status – they have been hounding her for weeks to cut Tyga loose because they are tired of him riding Kylie’s coattails.

TMZ is reporting that the break-up actually came after Kylie and Tyga got in a huge fight about her traveling out of the country without him – and they decided that they needed “space.” So, they are still “together” but they are living apart now. Yeah, we are just as confused as you guys. One thing is for sure – their relationship is steadily declining.

Do you think that there is still hope for Kylie or Tyga, or should they just throw in the towel now if they can’t even stand to live with each other? Let us know what you think in the comments below!