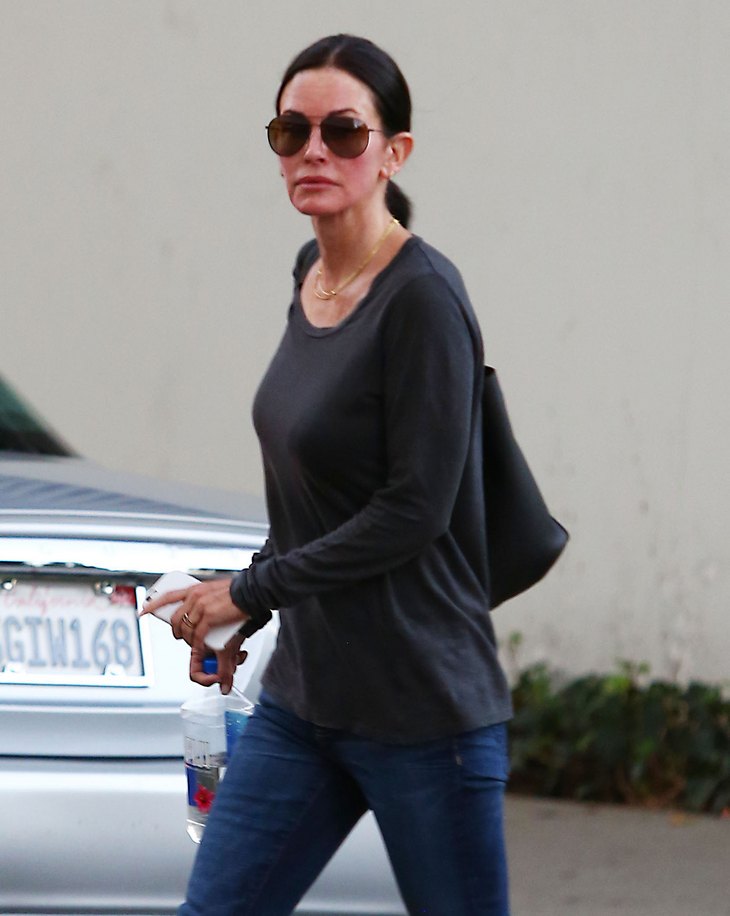 Well, Courteney Cox won’t be getting married anytime soon! E! News confirmed this week that the 51-year-old ‘Friends’ actress is back on the market after calling off her engagement to Snow Patrol musician Johnny McDaid (12 years her younger). Courteney and Johnny haven’t actually confirmed the news – but multiple sources close to the couple have, and Cox has already taken off her engagement ring. The wedding is canceled!

Courteney and Johnny announced their engagement in June 2014 – McDaid actually proposed to Cox at her BFF Jennifer Aniston’s house, afterwards they took to social media to share the news. It seems like every other month since they announced their engagement, a tabloid runs a report that they were secretly married or are “planning a super small top secret wedding” – but it never came to fruition.

There is no news yet on what caused Courteney and Johnny’s break-up, but a popular theory on the internet is that their 12 year age gap was a factor. Courteney is 51-years-old, she is ready for Johnny to make an honest woman out of her. And, the more she pressured him to get married – the more he began dragging his feet and wanting to do the opposite. Of course, the fact that Courteney’s BFF Jennifer Aniston finally got her husband Justin Theroux down the aisle this year, only made things worse for Courteney and Johnny. The pressure was on!

Are you guys shocked that Courteney and Johnny broke up? Or did you see that one coming a mile away? Is it possible Cox and McDaid could get back together? Let us know what you think in the comments below!